Holy book set on fire following break-in at a temple in Baulevu, Nausori

Holy book set on fire following break-in at a temple in Baulevu, Nausori 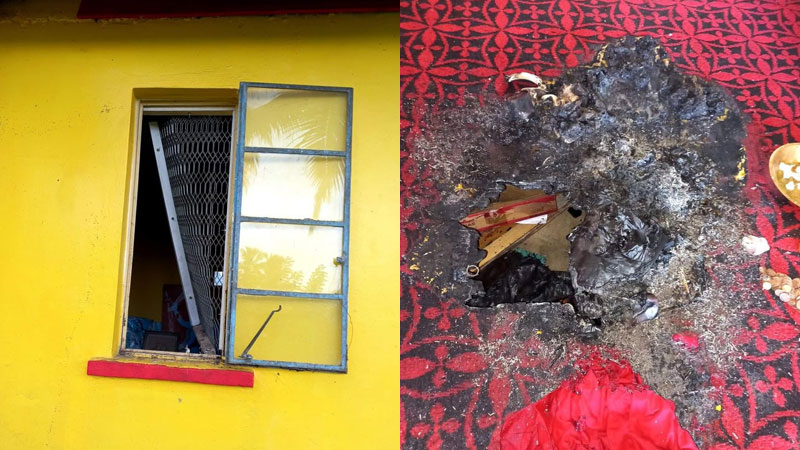 Members of the Nav Durga Mandir Ramayan Mandali Baulevu Landing in Nausori are in a state of shock after their temple was broken into and the holy book, Ramayan was set on fire early this morning.

Vineshwar Sharma who is the priest at the temple has told fijivillage that they received a call at around 6am and were informed about smoke coming out of the temple.

Sharma says upon their arrival, they saw that the door and a window was broken and the Ramayan was on fire.

He says they managed to put out the fire just in time and are grateful that they were able to save the temple from being engulfed in flames.

Sharma says they believe the suspects were looking for coins but they could not find any.

He says this has happened after a very long time and it is unfortunate that some people do not have respect for religion.

Sharma says they have filed a police complaint and officers were present at the scene in the morning.

We have also sent questions to police and are awaiting their response.