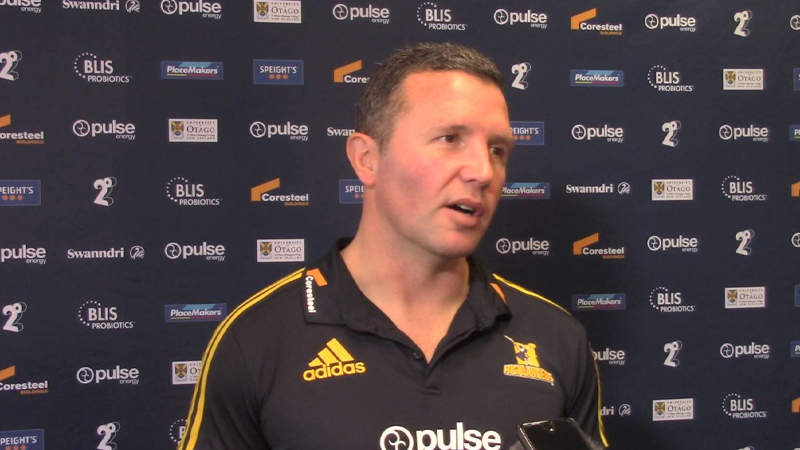 Highlanders flanker Dillon Hunt has heard all the hype about Blues No 8 Hoskins Sotutu but has a message for those who think the Highlanders are simply heading north to play the role as plucky losers in the Blues' renaissance story tonight.

Hunt says Sotutu has been going good, he is a promising young player but they also have a young player in Marino Mikaele-Tu'u, who will be looking forward to that match up as well.

Hunt's words were understated but the intent was clear: the Highlanders have ambitions of their own this year after their first-up win against the Chiefs.

The Blues will meet the Highlanders at 7.05 tonight while the Crusaders will face the Chiefs at 3.35pm tomorrow.