While rainfall has eased for now, heavy rainfall is expected over Viti Levu and Vanua Levu in the next 12 to 24 hours – Fiji Met

While rainfall has eased for now, heavy rainfall is expected over Viti Levu and Vanua Levu in the next 12 to 24 hours – Fiji Met 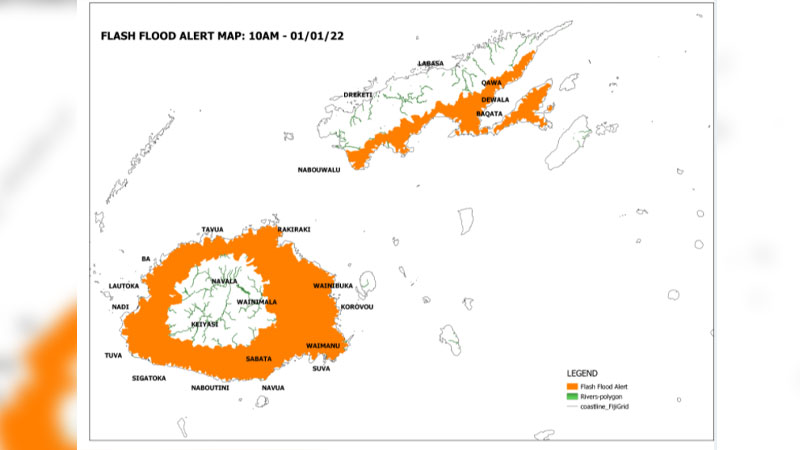 A heavy rain warning is now in force for Fiji.

The Nadi Weather Office says while rainfall has eased for now, heavy rainfall is expected over Viti Levu and Vanua Levu in the next 12 to 24 hours.

They say a trough of low pressure with associated clouds and rain is affecting Fiji.

There is also a risk of lightning strikes during thunderstorms, flooding of small rivers, creeks and crossings, landslides with continuous rainfall over a prolonged time.

The Weather Office further says there could be poor visibility in areas of heavy rain for drivers and reduced visibility at sea as well.

They add rainy weather is expected to continue into next week and the weekend as well.

Minister for Economy, Aiyaz Sayed-Khaiyum says calling People’s Alliance “Paap” or “Paapi” is a play of words just like calling someone from... 31 minutes ago
LATEST NEWS

Minister for Economy, Aiyaz Sayed-Khaiyum has confirmed the Ministry of Education is working on some capacity building in terms of technical and ... 42 minutes ago