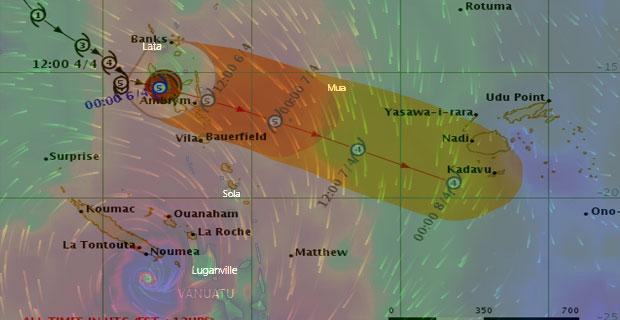 The Nadi Weather Office says even though the centre of Tropical Cyclone Harold is expected to pass to the southwest of Fiji later this week, active rainbands will bring heavy rain and gale-force winds could be experienced along the Yasawa and Mamanuca group, Western half of Viti Levu and Kadavu.

This is expected to begin from tomorrow.

Gale force winds may cause loose objects to fly, break twigs and tree branches and slight damages to weak-structured houses.

Weather forecasters also say other parts of Fiji can be affected as TC Harold moves closer.

It is therefore advisable that we prepare accordingly. 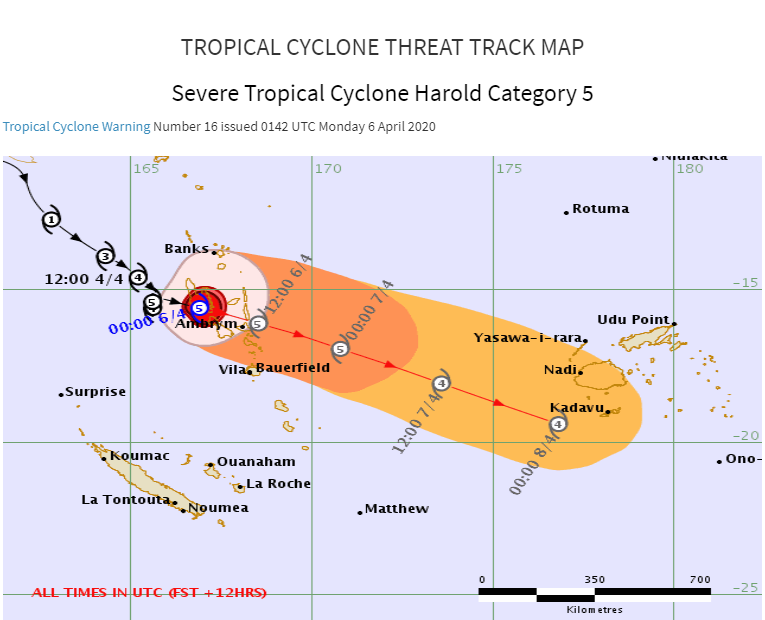 Take the necessary steps to ensure that homes and properties are well secured. Ensure that your compounds are cleared of all debris that could harm individuals and damage properties in the event of strong winds.

For those who live along low-lying flood prone areas, please be aware of your escape routes in the event of rising flood waters.

Cyclone Harold made landfall on the island of Espiritu Santo in Vanuatu earlier today.

At midday today, Severe Tropical Cyclone Harold was analysed at about 280km Northwest of Port Vila or about 1,150km West of Nadi. It is a Category 5 system with sustained winds of approximately 215km per hour close to its centre and momentary gusts extending to 295km per hour. It is moving east-south-eastward at about 13kmper hour.