Heated exchange of words between PM and Tikoduadua in parliament

No one in the Opposition has ever refereed to the AG as a Kai Idia, but the PM did - Tikoduadua

Heated exchange of words between PM and Tikoduadua in parliament

No one in the Opposition has ever refereed to the AG as a Kai Idia, but the PM did - Tikoduadua 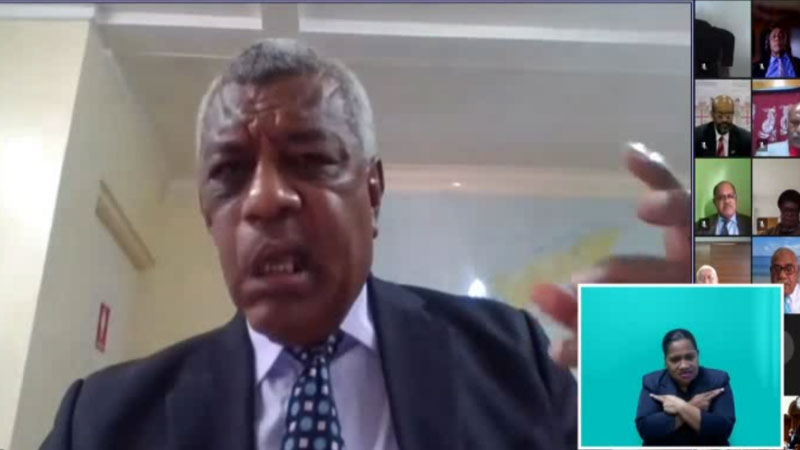 There was exchange of words between the President of the National Federation Party, Pio Tikoduadua and Prime Minister Voreqe Bainimarama after Tikoduadua asked why the Police Commissioner has not taken the Prime Minister for questioning for calling the Attorney General a Kai Idia.

While opposing the Bill to amend the iTaukei Land Trust Act, Tikoduadua says none of the Opposition members ever referred to the AG that way, but the Prime Minister did.

Tikoduadua adds he has been questioned by police on a video he had put up speaking on the Bill and the only thing that he shared in this video was their position and his call for calm.

Tikoduadua says in his video, the Prime Minister referred to them as sheep herd mentality and he does not agree with that.

He also called on the Prime Minister and the Attorney General to consult the landowners and then bring this Bill back to parliament after consultation.

Tikoduadua says it is also significant to understand how the Government during the Denarau land switch, spoke to the landowners with regards to their land and the risks and benefits of what was done.

He says it is just not about alienation as the Government talks about today.

He says landowners, the vanua of Nadi and the whole of Fiji have benefitted from that through the tourism industry today.

Tikoduadua says this was a good investment that has held Fiji today and this is the benefit of consultation with landowners.

Former Prime Minister and Leader of the People's Alliance Party, Sitiveni Rabuka has assured the new Indian High Commissioner that the People’s ... 33 minutes ago

Prime Minister Voreqe Bainimarama has highlighted that the Moderna vaccine is first being administered to 15 to 17-year-olds who are nearing the end ... 41 minutes ago

The Interpretation Amendment Bill 2021 will be debated in parliament this Wednesday. Attorney General, Aiyaz Sayed-Khaiyum says this bill has been ... 43 minutes ago