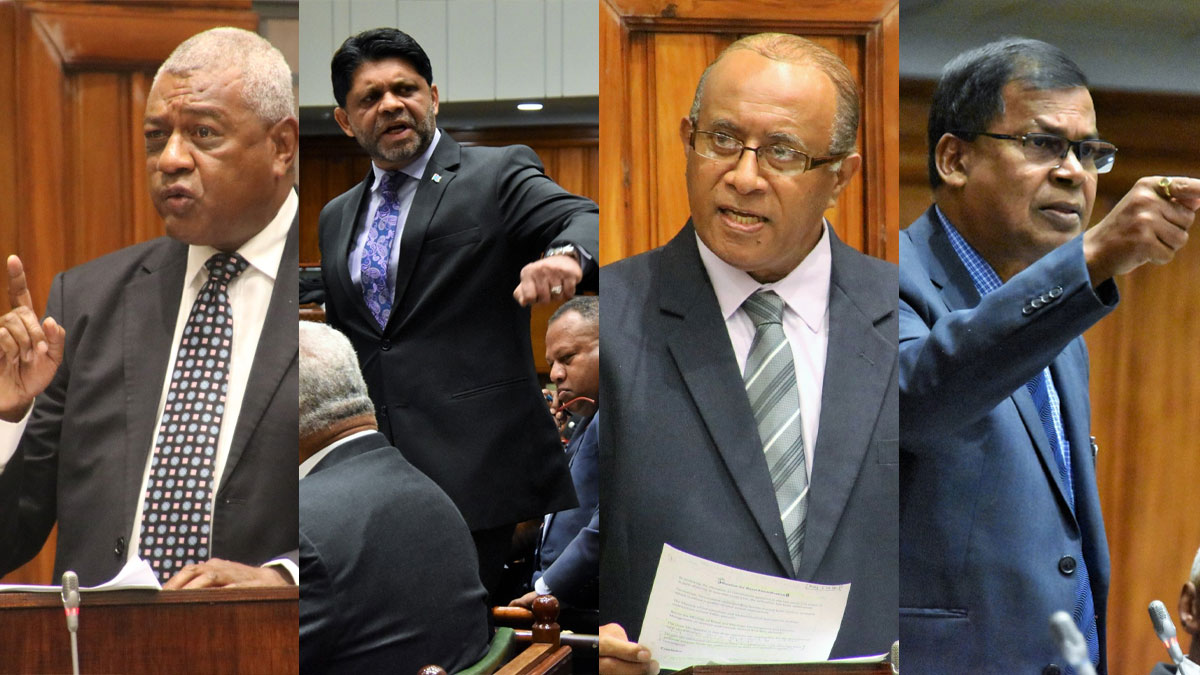 There was heated debate in the budget committee of supply today when National Federation Party MP, Pio Tikoduadua moved a motion to reduce the public service broadcast to FBC TV by $3 million in the next budget as the Attorney General said that this is a political gimmick from NFP and the annual reports of FBC are presented to parliament and the committees go through them.

Tikoduadua had said that the $3 million should not be given until FBC presents all it’s annual reports as the last one was for 2017.

Sayed-Khaiyum says Tikoduadua knows the reports are coming to parliament, and only FBC is being picked on, not other entities who have not given their reports.

SODELPA MP, Ro Filipe Tuisawau supported the reduction, saying these are public services, what is the value of services in terms of money and quality, and why has not this TV service been tendered.

Sayed-Khaiyum says Ro Filipe is a hypocrite. He says Ro Filipe was on the committee when FBC appeared before them and he knows full well that the value of air time is worth over $20 million.

He also says there is also one radio station that provides AM, and that is FBC.

The Attorney General then told Ro Filipe that “ÿou are saying let’s give it to CFL which is your recent lackey so that people of Lau won’t be able to hear them.”

He says they are now trying to invest in Walesi so FM can be available to everybody which will include CFL and other stations. He says in the meantime, there is only AM.

Ro Filipe then said that they are talking about TV here not radio as the subject of the motion was TV. He says there is another TV station and it should be tendered out.

In terms of value for money, Ro Filipe says that value is the perspective of FBC executives. He claims it is not an independent valuation.

Minister for Defence, Inia Seruiratu says two budgets ago, the SODELPA Leader, Viliame Gavoka moved the allocation to be increased after the presentation by FBC.

He says the NDMO works with the organisation.

The Minister says we all know where the arguments are coming from and this is being personalised.

Tikoduadua’s motion was defeated in parliament.