Heated debate between Prof. Prasad and AG in Parliament

Heated debate between Prof. Prasad and AG in Parliament 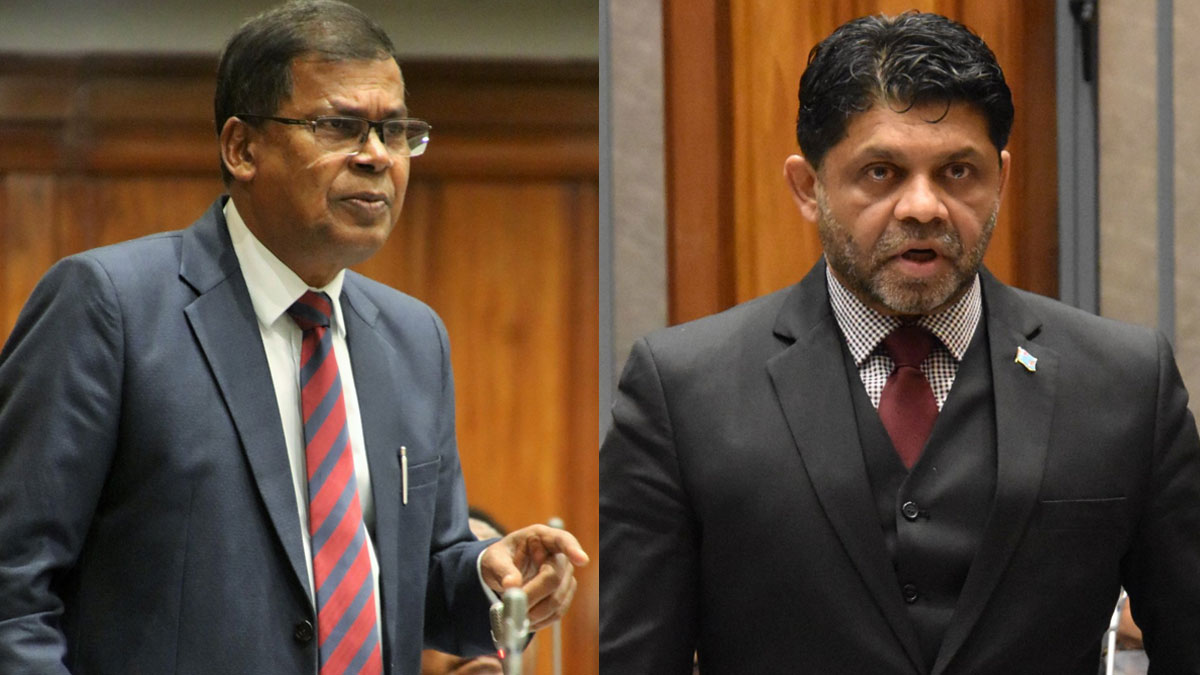 There was a heated exchange in Parliament this morning between the Attorney General Aiyaz Sayed-Khaiyum and National Federation Party Leader Professor Biman Prasad after Sayed-Khaiyum read out an anonymous letter regarding allegations of abuse of office at USP.

He also said that the Samoan Prime Minister had dinner at Professor Prasad’s house along with some other people however he adds there is nothing wrong with that.

Professor Prasad then raised a point of order and said that Sayed-Khaiyum should not use his parliamentary privileges to defame people who are not in Parliament to defend themselves.

Speaker of Parliament Ratu Epeli Nailatikau says the issue of USP has come up so many times and all the Attorney General is doing is addressing some of those issues through what is written in the anonymous letter.

However Prasad maintained he gets a lot of anonymous letters too and if we allow those standards in Parliament then it will be a free for all and Ratu Epeli should tell Sayed-Khaiyum to refrain from doing that.

Ratu Epeli says Sayed-Khaiyum has the right to do that.

Sayed-Khaiyum says no names have been mentioned except for one person and he is not saying that the person has done anything wrong.

He says unfortunately for Prasad he is very personally linked to USP.

Professor Prasad then went on to say that Sayed-Khaiyum is the Minister for Communications and his brother is the CEO for FBC.

The Attorney General says FBC is not under investigation.

He says FBC does not get the kind of grant that USP gets and that is the point of difference.

The Fijian Government has so far withheld $78.4 million grants to USP.

FBC has been allocated $10.3 million in the next budget.

Doctor Ravniel Singh who is also known as Ra V has won five awards during the FIPRA Music Awards last night. He won the award for the 2020 Best ... 2 hours ago
More News
TOP