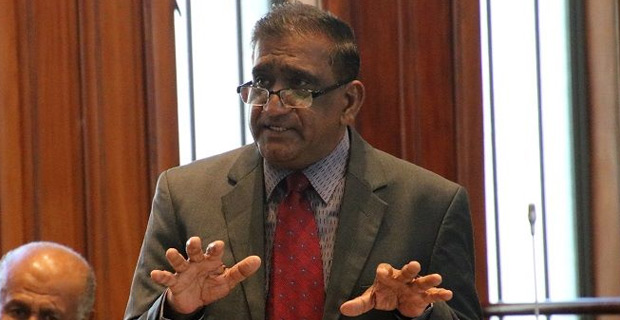 Breaking ground with billboards, announcing new medical facilities are one thing and having functional facilities, quite another.

These are the sentiments of National Federation Party MP Parmod Chand while speaking during response on the 2018-2019 National Budget.

Chand says health care is placed very poorly in the government’s vision despite being the third highest priority of this Government behind Education and the Fiji Roads Authority.

Chand was also asked to withdraw his comments after he said that the Government is forcing the people of the Western Division to pay for medical services.

Attorney General, Aiyaz Sayed-Khaiyum rose on a point of order saying what Chand had said is factually incorrect.

Sayed-Khaiyum said that Chand is misleading parliament by saying that the government is now forcing the people of the Western Division to pay for medical services which they currently are not paying for.

Chand withdrew his comments saying eventually people will end up paying, to which the Attorney General stood up again with another point of order saying that Chand was misleading Parliament again.

Parmod Chand said the 2018-2019 National Budget is the budget of a ‘love me’ government.