Grandmother comes to the rescue of evicted Nadi family

Grandmother comes to the rescue of evicted Nadi family 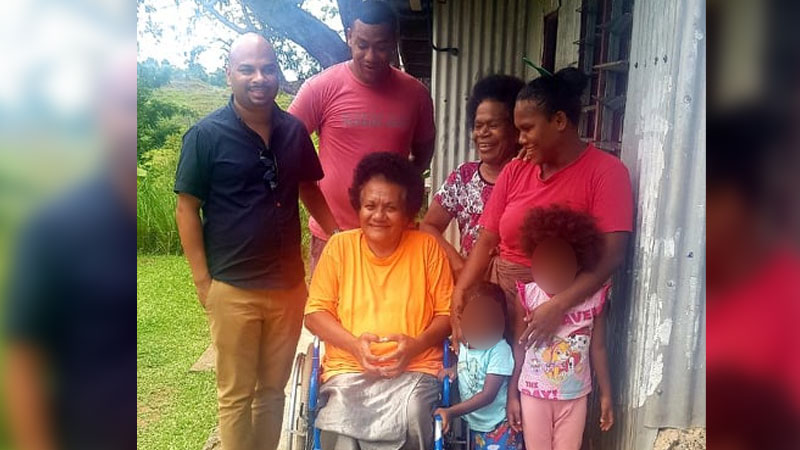 A Vunayasi grandmother who has 23 acres of land is now housing a 7 member family who were arbitrarily evicted from their flat last week.

62-year-old Lusi Waqairawai says she put herself and her grandchildren in the same position of the family and decided to assist them.

The family including a 3 weeks old baby and a 74-year-old grandmother were arbitrarily evicted by their landlord in Nadi last week.

The landowner says she has idle land that has an empty bure on it and when she read about the family on social media, she reached out to them.

Waqairawai who is wheelchair-bound and is from Kadavu says she felt the pain of the family.

Meanwhile the Human Rights and Anti Discrimination Commission says they are moved by the generosity of this family and numerous other individuals and organizations that worked closely with the Commission in assisting the family in need in particular the Department of Social Welfare and Lautoka Rotary.

He adds that the people of Lautoka have said to them that they should not hesitate in approaching them should there be other families that would require this kind of assistance.

The Commission is working closely with the Department of Social Welfare to secure housing for the Nadi family.

The Commission says the family was subjected to inhumane treatment as their landlord had forcibly removed them from their rented home without a court order.

Their belongings were packed by the persons hired by the landlord and left on the roadside on the highway in Nadi. The family had to seek shelter at a bus stop.

A team from the Commission is in Nadi to conduct interviews with the family and is engaging with key stakeholders to seek assistance for them.

The Commission has received food packs and baby essentials from the Rotary Club Lautoka for the family.

Raj is once again urging landlords to show compassion and refrain from arbitrarily evicting their tenants.

For those people that want to assist the Nadi family, you can contact the Human Rights Commission on 9142539.