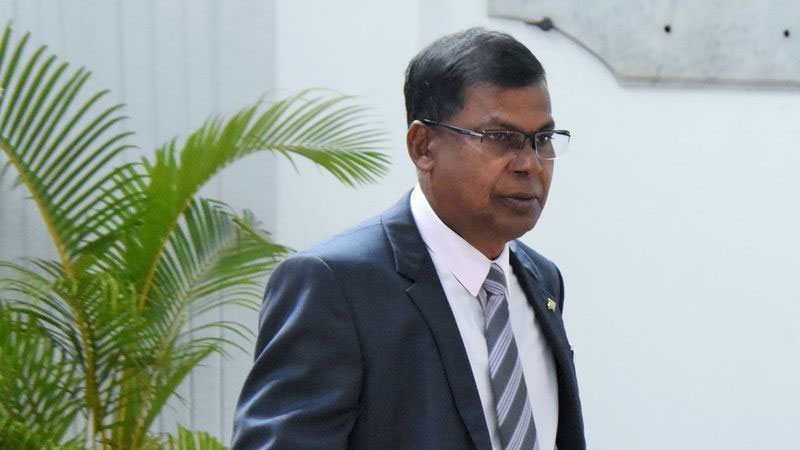 The Leader of the National Federation Party Professor Biman Prasad says this government is so arrogant that it is ready to spend hundreds of millions of dollars of the people’s money without letting the representatives of the people look closely at how they are spending it.

While opposing the Revised Budget, he says government ministers wander throughout the country any time they want, while people wait for them.

Professor Prasad says they behave as if they are more important than anyone else, that only their time is valuable.

He says if the Ministers were employees in a business, they would be fired for this attitude.

He says that is why the government is afraid that if they have a chance to look at this Budget properly they will draw to the people’s attention the failures, the broken promises and the incompetence in their past performance.

Professor Prasad says the Minister for Economy wants to come into parliament to praise himself for two hours and throw around economic goodies and then rush away.

He says Sayed-Khaiyum does not want to listen to scrutiny and criticism and how things could be done better.

The Leader of NFP says Sayed-Khaiyum is short of ideas now and he just taking the NFP’s ideas.

Professor Prasad says if that is the case, it is time to hand over the reins.

Professor Prasad says the 20 cents fuel surcharge that will be taken away to relieve the burden of costs on the people was what NFP called for three months ago.

While responding to Sayed-Khaiyum’s address where he stated that only fools will be those who oppose VAT going to zero on 21 everyday items, Professor Prasad asks who is the fool who opposed the NFP manifesto on zero VAT.

Fijian Drua centre Kalaveti Ravouvou who will make his debut for the Vodafone Flying Fijians this afternoon is relishing the opportunity to play again... 57 minutes ago
LATEST NEWS