Govt and TLTB have failed in their fiduciary duties to engage landowners in the decision making about Bill No. 17 - Radrodro

Govt and TLTB have failed in their fiduciary duties to engage landowners in the decision making about Bill No. 17 - Radrodro 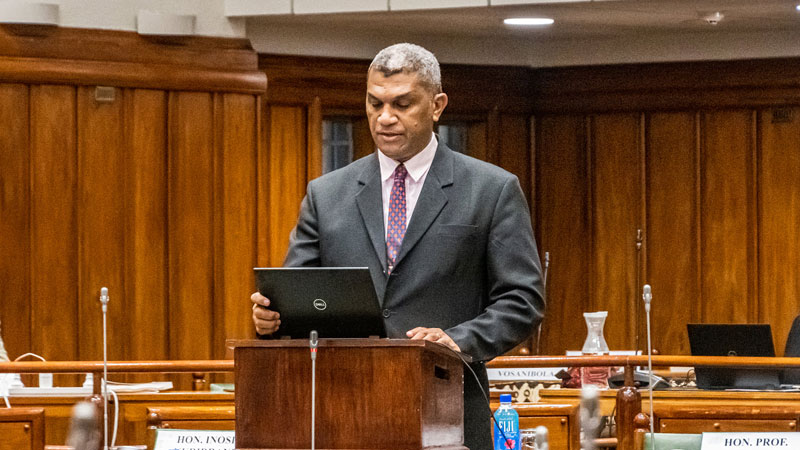 SODELPA MP Aseri Radrodro says both Government and the iTaukei Land Trust Board have failed in their fiduciary duties to engage and involve the landowners in decision making, and the admission by the CEO of TLTB, Tevita Kuruvakadua that they were involved in consultations with Government on Bill 17 makes matters worse.

While opposing the 2021/2022 National Budget, Radrodro questions what is so difficult about consulting the landowners on what belongs to them.

He says the controversial Bill No 17 which is a Budget Consequential Bill will need to be passed so that the objects of the Budget Bill can be put into effect.

Radrodro says Government so desperately needs to finance its plans set out in the budget and so the answer lies in the fact that this consequential Bill 17 ties in with revenue collection for Government.

Radrodro says sadly, all other Ministers and Assistant Ministers on the other side of the House, will know what he is saying.

Radrodro says this is a proposed Budget with an estimated revenue of $2.08 billion, expenditure of $3.7 billion and a net deficit of $1.6 billion and despite all that, Government is faced with the stark reality that Fiji is in a cash strap situation.

He says as a result of a drop in tax revenue collection and no tourism, no major bonafide investments, massive and widespread unemployment, low sugar production, an extremely high daily statistics of positive COVID-19 cases, it has been forced to opt for a conservative budget.

Radrodro says the fact that it will need to be reviewed in 6 months time is worse for everyone especially the business community of this country and its workers because it means, for the next 6 months everyone will be holding their breaths just hoping for a miracle to happen.

He says everyone he meets now tells him, let’s just all pray that in the next 6 months, that nothing will worsen and we will not have pay cuts for instance.

Radrodro says Government is expecting a 43.3% decrease in tax revenue collection which is significant due to the COVID-19 pandemic.

He says there does not seem to be any real development plan by Government on how to grow or recover from post COVID-19, let alone how to survive COVID-19.

A 20-year-old man will be produced in the Suva Magistrates Court this afternoon charged for his alleged involvement in the Raiwai brawl on ... 23 minutes ago