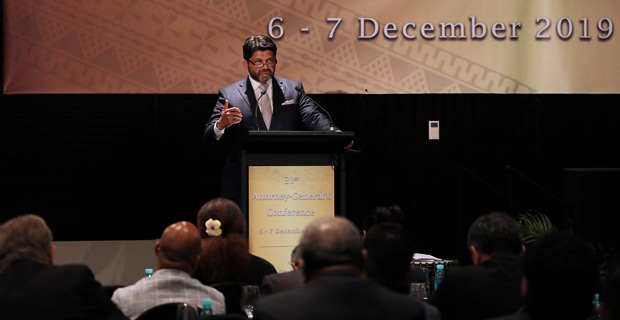 The government intends to set up - what for now can be called - the Pacific International Mediation and Arbitration Centre in Nadi.

He says there are a lot of opportunities for Fiji to become - not a competition to Singapore Mediation Centre - but as an ancillary to the services Singapore provides.

He says a lot of work being done in the Pacific now and for example, the Australian government has offered $1.5 billion as soft loans and $500 million as grants which Sayed-Khaiyum assumes will increase infrastructure development in the Pacific.

Sayed-Khaiyum also says Fiji wants to be the third country in the world, along with Singapore and Brunei to ratify the Singapore Convention which is an international agreement regarding the recognition of mediated settlements.

He says the government intends to bring the ratification to parliament in the February session and in 30 days the committee must come back and by March they must be able to ratify it.

He adds that he recognises that in family law there is a lot of scope mediation especially in property matters, custody matters and maintenance where through mediation a resolution can be attained as opposed to people fighting it out in the court which generally is not very good for the children.