Global Finance is not a licensed deposit taker in Fiji, people ripped off thinking they would be provided immediate loans after the payment of deposits and fees

Global Finance is not a licensed deposit taker in Fiji, people ripped off thinking they would be provided immediate loans after the payment of deposits and fees 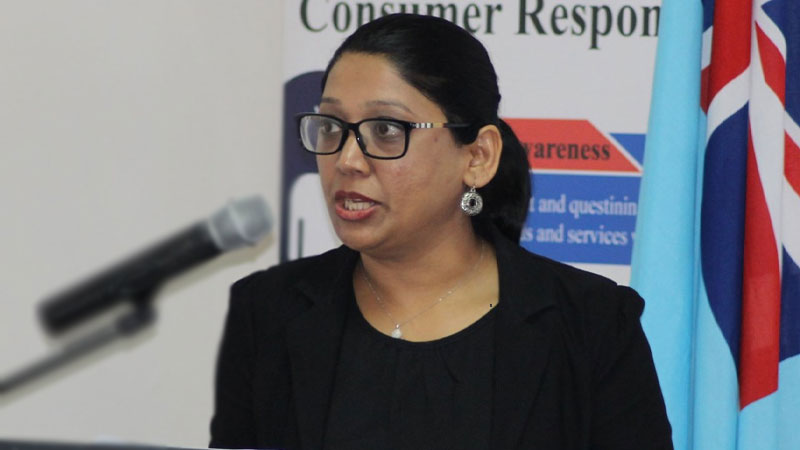 People are advised that specific caution has already been given by the Reserve Bank of Fiji that an entity presenting itself as Global Finance is not a licensed deposit taker in Fiji, and should not be soliciting, accepting, nor given any form of deposits from the general public.

Council CEO, Seema Shandil says the unscrupulous operations of the business were first discovered in 2020, which has since ripped off numerous Fijians under the pretext that they would be provided immediate loans after the payment of deposits and membership fees.

Shandil says this business goes around to communities and holds numerous workshops, enticing people with different products that they have to offer only to disappear when deposits were received for the so-called loan products.

She says numerous follow ups by those affected were ignored and their mobile numbers blocked.

Shandil says recent consumer complaints and subsequent investigations by the Council revealed that Global Finance is still actively operating and Fijians are still falling victim to the façade being orchestrated by this company.

In the last 8 months, the Council has received over 20 complaints against Global Finance with a monetary value of almost $24,000; which consumers have lost.

In one of the latest cases lodged at the Council, a consumer paid $4,565 as membership fees and deposit to obtain a loan of $15,500.

Shandil says whilst an agreement was signed between both parties, the so-called Global Finance owner disappeared after receiving the cash.

She says numerous follow ups by the complainant remained futile.

Shandil says the operator of Global Finance uses his charm, communication and persuasion skills to extract cash deposits from consumers for quick loans; which never eventuates.

She says the individual in question, is a notorious con-artist who has been going around and preying on vulnerable communities across Fiji; including rural and maritime areas and the recent cases reveals Taveuni and Savusavu as his target areas.

The Council is urging consumers to be alert and always check the credibility of such individuals and businesses who approach them offering similar services and do background checks through online searches and if in doubt should immediately seek the Council’s assistance to avoid losing their hard-earned cash to these dubious individuals and practices.

Due to the criminal nature of the cases, the Council has forwarded the complaints to the Criminal Investigation Department of the Fiji Police Force for investigations and is closely working with the Department to protect Fijian consumers.

Fijian Drua vs Chiefs First Half ... 28 minutes ago
LATEST NEWS