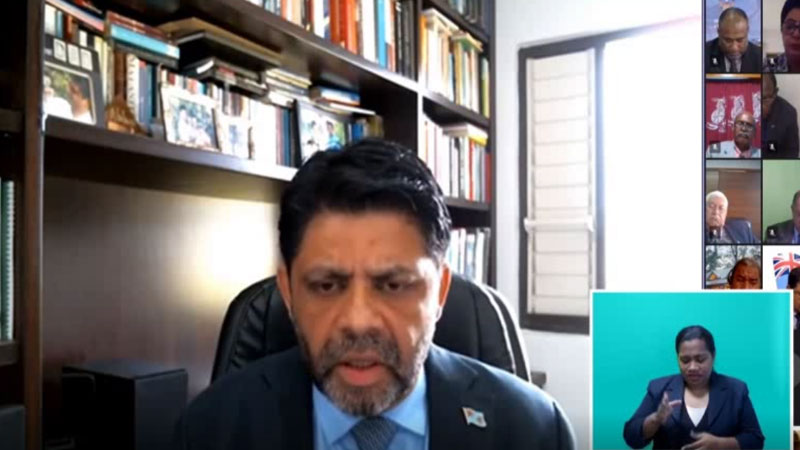 Attorney General, Aiyaz Sayed-Khaiyum says people like SODELPA Leader, Viliame Gavoka should understand that the Bill to amend the iTaukei Land Trust Act deals with an administrative matter that will assist in ease of doing business and also benefit iTaukei landowners.

While speaking during his right of reply, Sayed—Khaiyum says the Bill does not erode landowners’ rights.

Sayed-Khaiyum says he must thank SODELPA MP, Mosese Bulitavu who recognised this and had the courage to not follow the deception of his colleagues and stand up and say that the Bill benefits landowners.

He says when Bulitavu made an extremely sensible and common sense statement and very good rationale, Gavoka said that FijiFirst should give him a ticket, completely debunking the credibility of the content of what Bulitavu said, giving it a political twist.

However he says Gavoka was quiet and meek and almost impotent when it came to Mitieli Bulanauca’s chip in the vaccine comments.

Sayed-Khaiyum says this demonstrates a hollow party with a hollow leader and a hollow Leader of Opposition.

He says there were also lies that there was no consultation however the Office of the Solicitor General has consulted with the iTaukei Land Trust Board management.

Meanwhile Sayed-Khaiyum says the ANZ Group report from Sydney has said that the Bainimarama Government has shown it’s economic credentials and delivered a strong 2021/2022 National Budget that meets the national interest by protecting the health of all Fijians and setting a clear pathway towards economic recovery.

Sayed-Khaiyum says this crisis will eventually come to an end and we need to work together.