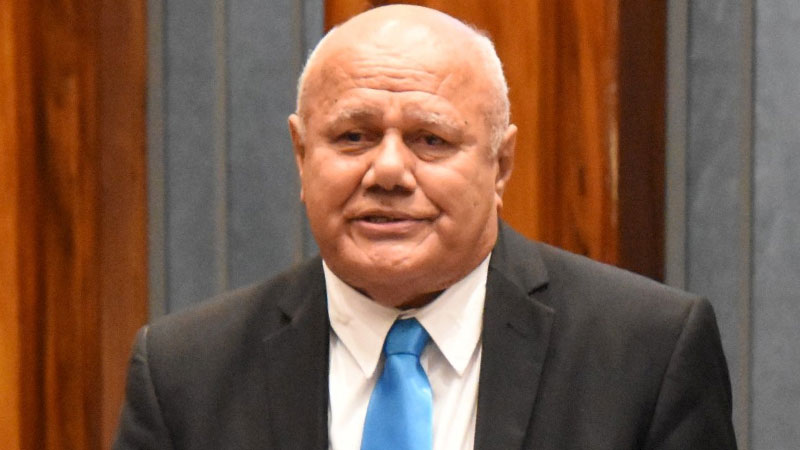 SODELPA Leader Viliame Gavoka says the Opposition is disappointed how the Bill to amend the State Lands Act of 1945 has been brought to parliament because anything to do with land must not be done in haste.

While opposing the Bill, Gavoka says they understand that this needs to be done but landowners will need to be consulted since land is a sensitive and contentious issue.

He says they want traditional landowners to feel secure in their land and this does not mean that tenants of land will lose their tenancy.

He adds tenants will be protected but the landowners must also receive its benefits.

The SODELPA Leader also highlighted in parliament that he was told by the people of Yako Village in Nadi that they had leased an iTaukei land to a tenant, however, the tenant then re-sold the land without the knowledge of the landowners.

Attorney General, Aiyaz Sayed-Khaiyum then raised a point of order and told parliament that Gavoka knows that iTaukei land cannot be sold and he is trying to mislead members of the August House.

When fijivillage questioned Gavoka outside parliament on why he spoke on iTaukei land when the Bill being debated is dealing with state land, he says the i-Taukei community always question as to how these lands became state owned.

He says the point SODELPA is trying to put forward is that the original traditional owners of State Land should receive the proceedings earned from this land, rather than going to the Government.

Gavoka says landowners should be consulted and if they are not, then there will be a sense of anxiety in the community.

Minister for Economy, Aiyaz Sayed-Khaiyum says calling People’s Alliance “Paap” or “Paapi” is a play of words just like calling someone from... 26 minutes ago
LATEST NEWS

Minister for Economy, Aiyaz Sayed-Khaiyum has confirmed the Ministry of Education is working on some capacity building in terms of technical and ... 36 minutes ago