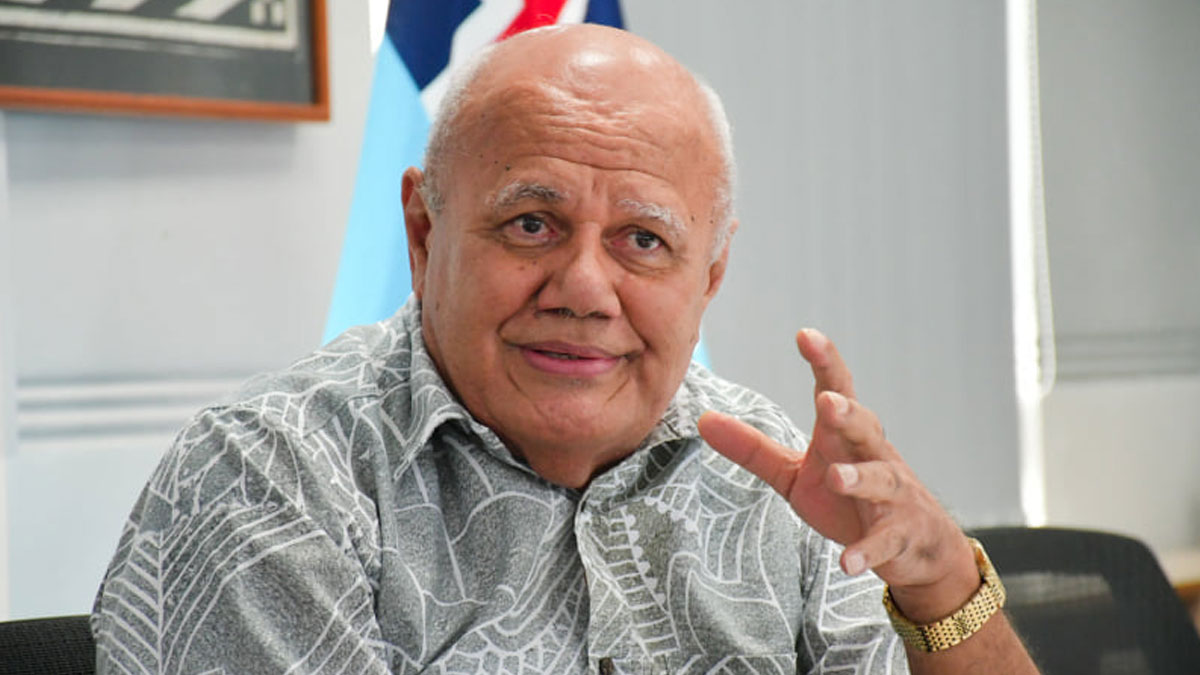 SODELPA Leader Viliame Gavoka says they are appalled by the allegations made by the FijiFirst Leader Voreqe Bainimarama during what they call a rent-a-crowd rally at Syria Park in Nausori and has asked Bainimarama to withdraw his statement and to be more responsible.

While speaking in a press conference, Gavoka says they are appalled and yet not surprised, that someone in Bainimarama’s position should carelessly imply and maliciously mislead the people of Fiji when he wrongly refers to a sensitive subject of great concern to the iTaukei people.

He says with regards to freehold land that the Prime Minister has arrogantly stated, SODELPA has never had any intent to intervene on private property ownership.

He adds they fully recognise property laws and its legislations and Bainimarama cannot make up lies about what they say because they are very clear in their policies that is enshrined in their manifesto.

The SODELPA Leader says they are not and have never discussed about freehold land.

He says they are about iTaukei owned land and resources because ownership without control is no ownership at all.

Gavoka says everybody has the right to discuss interests of high concern in their community.

He says SODELPA is running the most responsible and law-abiding political campaign in 2022 and here we have the FijiFirst Leader displaying what is totally unbecoming of someone in his position.

He says Bainimarama’s veiled threats are not only irresponsible and inciteful but they are also seditious and illegal.

He further says they wish to bring to the attention of the Supervisor of Elections, Mohammed Saneem, the quote uttered by the FijiFirst Leader that may lead to incitement to violence and is seen as a direct threat to those who wish to discuss this issue.

Gavoka adds this form of campaign should never be facilitated nor entertained as it creates fear amongst the voters and animosity among the Fijian people.

He says SODELPA recognises and upholds the rule of law and it will promote its fullest application for good governance principles and the respect of human rights and they demand that other political parties do the same, especially the Prime Minister.

Gavoka is demanding Bainimarama to withdraw his defamatory and misleading public statements or face legal action for inciting violence.

FijiFirst Leader Voreqe Bainimarama had said they have heard that the opposition parties are going around and telling the iTaukei community that they will restore the ownership of land that was sold during colonial times.

He said they are telling people this to gain their votes as these political parties know they will not win the elections.

While speaking in the iTaukei language at the FijiFirst rally at Syria Park in Nausori, Bainimarama said the opposition is trying these tactics to find ways to gain the votes of the people.

He says this conversation will cause stabbing, murder and blood spilled on our land, and unlawful entering of properties will happen if that conversation is condoned.

Bainimarama also said that some Indian parties are supporting the move to bring back the Great Council of Chiefs including the National Federation Party and Fiji Labour Party.

Bainimarama urges people not to listen to them because that was the situation before, but now, iTaukei land is protected under the 2013 Constitution. He says people should not listen to that type of talk and just cultivate their land and become prosperous because more than 90 percent of land in Fiji is owned by the iTaukei.

Meanwhile, FijiFirst General-Secretary Aiyaz Sayed-Khaiyum says not a single millimetre of land has been lost under this government. He says under the SVT and SDL governments, iTaukei land was converted to freehold land, and that was how the previous law was, and the past government used it.

He adds that all that land cannot be returned, but under the 2013 Constitution, nothing like that can happen.

Sayed-Khaiyum says the opposition parties are trying to gain votes by bringing up this critical issue.

The Deputy Prime Minister and Minister for Finance, Professor Biman Prasad has met with the Indian External Affairs Minister Dr. S Jaishankar in ... 26 minutes ago

Landowners are not forgotten and their concerns are a priority that needed to be addressed. This has been highlighted by the Minister for ... 28 minutes ago

As people always look for better opportunities and living standards, no recognition and lack of reward contributes to the issue of labor brain drain ... 30 minutes ago