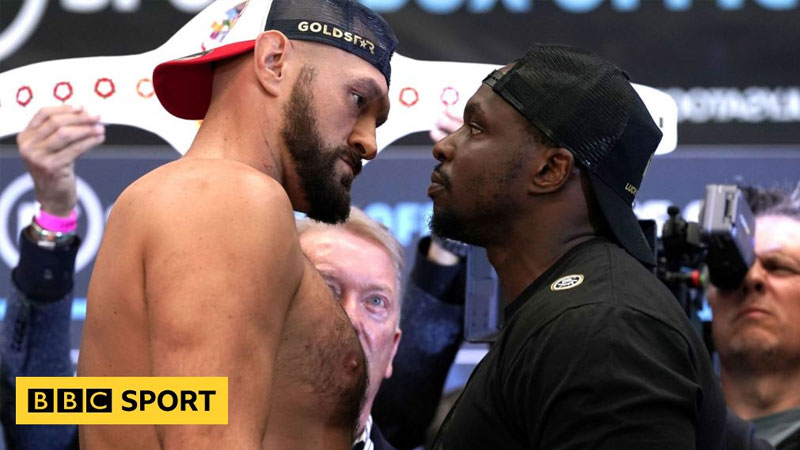 The two Britons will fight in front of 94,000 fans - a post-war British record - with Fury making a second defence of the title he won against Deontay Wilder in February 2020.

Fury - who has won 31 bouts, with 22 knockouts, and drawn one - has suggested he will retire this weekend regardless of the outcome.

Whyte is challenging for a world title for the first time, having won 28 bouts, with 19 stoppages.

The fight program will start at 6am tomorrow.