Narube says there is no coalition with NFP and People's Alliance

Narube says there is no coalition with NFP and People's Alliance 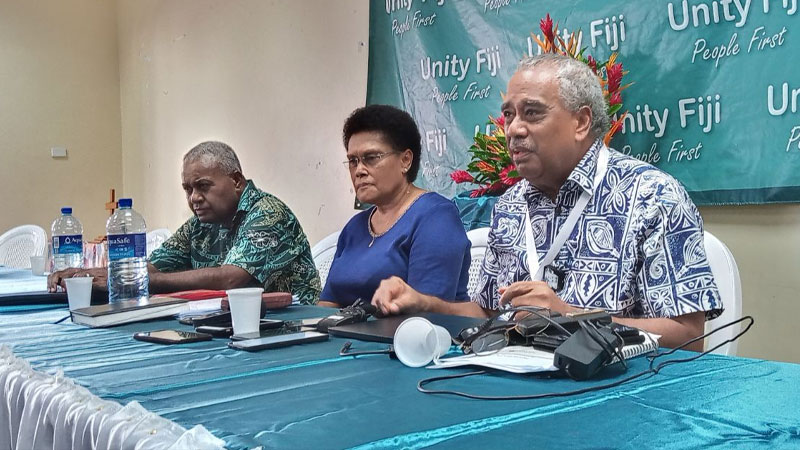 Unity Fiji Leader Savenaca Narube confirms a former FijiFirst MP is part of over 70 people that have applied to become candidates for Unity Fiji in the upcoming general elections.

While speaking at a press conference this afternoon, Narube says they are currently conducting the screening process and hope to announce their first batch of candidates by mid-May.

Narube has also dismissed reports they are working in coalition with the National Federation Party and People's Alliance.

He says the Memorandum of Understanding that was signed by Unity Fiji, Fiji Labour Party and Freedom Alliance was an agreement for opposition parties to work together to try to form the next government.

He further says the agreement was not for a coalition and is disappointed that both the NFP and People’s Alliance did not inform them about their coalition.

Meanwhile, over 300 people from the four divisions attended Unity Fiji's AGM today where they discussed issues such as the opposition parties working together and poverty alleviation.

Adi Sivia Qoro was re-appointed as the Party President in the AGM.

More Fijians are expected to get employment opportunities in Australia after Labour Solutions Australia interviewed 56 potential workers since ... 35 minutes ago