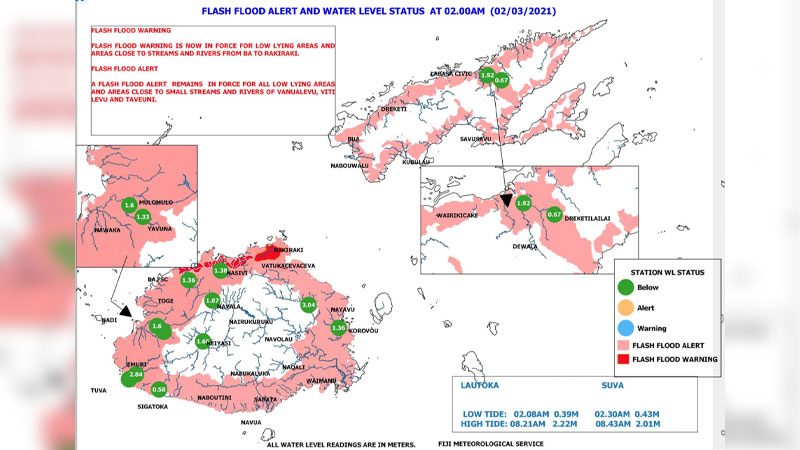 Please be prepared as flood and heavy rain warnings remain in force for many low lying areas in Fiji.

A flash flood alert is in force for low lying areas and areas close to small streams and rivers of Viti Levu, Vanua Levu and Taveuni.

A low pressure system lies to the South West of Fiji.

The associated active trough of low pressure with cloud and rain continues to affect the country and expected to further drift Southeastwards away from us by Thursday.

A heavy rain warning remains in force for whole of Fiji.

It has been raining heavily in the west over the last 24 hours. Nadarivatu received 196 millimetres of rainfall, Toge 137, Bukuya 133.5 millimetres, Rarawai 120.5 and Tavua 90.5 millimetres.