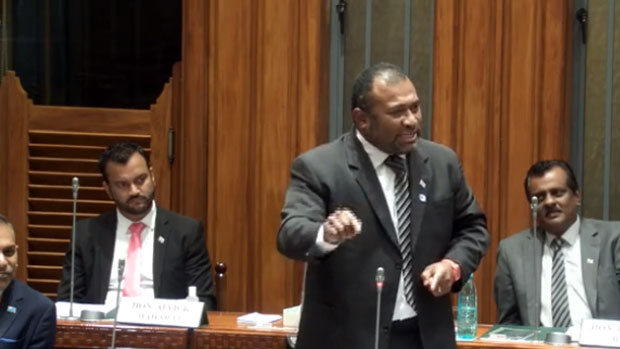 Health Minister, Doctor Ifereimi Waqainabete has revealed that the 27-year-old flight attendant who is the first confirmed case of COVID-19, had allegedly gone out to party in San Francisco, stayed with family there, also went around San Francisco, and was also coughing while wearing a mask and serving passengers on the New Zealand flight from Nadi.

Doctor Waqainabete made the comments while responding to the Leader of Opposition, Sitiveni Rabuka and others who are saying that the government brought COVID-19 to Fiji.

He says the flight attendant did not follow the policies of Fiji Airways and defied the instructions.

Doctor Waqainabete says the Health Ministry also has the health declaration cards at the airport and they should declare if they have a fever, cough or have difficulty breathing.

The budget is $40 million for 4 months. This is for Incident Control Management Team, Media and Communications, infection control, buy another 50 ventilators to add on to the current 58 ventilators, ICU facilities, isolation room facilities, infra-red thermometers, scanners, contact tracing, food feeding and rations, other drug needs and Fiji Centres For Disease Control costs to name a few.