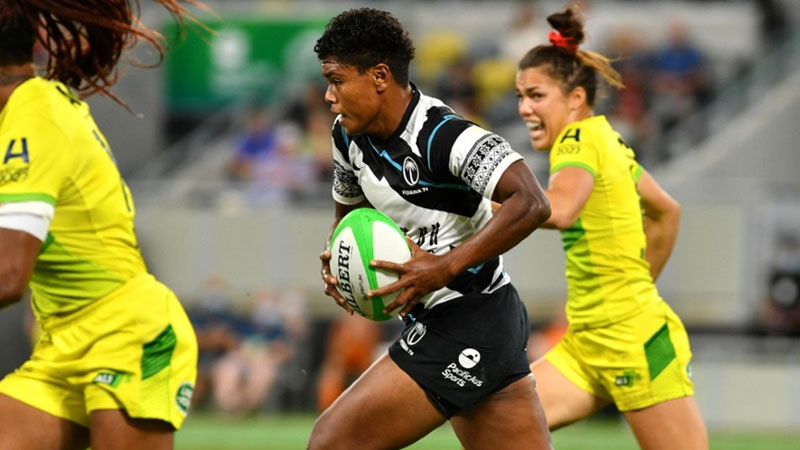 The Fijiana 7s team will play defending champions Australia in the second quarter-final of the Tokyo Olympics tonight.

They had beaten the Australian team in one of their two games in the Oceania 7s last month.

Fiji booked their spot in the quarter-final after beating Brazil 41-5 earlier today.

Reapi Uluinasau was the star for the Fijiana as she scored four tries.

She is the first rugby player to score 4 tries in one match in the Olympics.

Brazil scored first through Bianca Silva as they took a 5-0 lead but it was all Fiji after that.

Alowesi Nakoci got Fiji’s first try after the Fijiana started an attacking move from inside their own 22 metre line as Fiji led 7-5.

Uluinasau who scored a try just after 14 seconds yesterday, got Fiji’s second try as we led 14-5.

Uluinasau then got Fiji’s third try just before half-time as we led 19-5.

The Fijiana 7s team got their fourth try from Ana Maria Naimasi to lead 24-5.

Uluinasau then got another two tries before Lusiana Likuceva scored the final try for Fiji for our 41-5 win over Brazil.

In other quarter-finals, NZ will play the Russian Olympic Committee at 8.30pm, the USA will play Great Britain at 9.30pm while France faces China at 10pm.

The semifinals will start at 2pm tomorrow while the final is at 9pm tomorrow. Stay with us for Olympics updates on our website, fijivillage. Former Prime Minister and Leader of the People's Alliance Party, Sitiveni Rabuka has assured the new Indian High Commissioner that the People’s ... 17 minutes ago

Prime Minister Voreqe Bainimarama has highlighted that the Moderna vaccine is first being administered to 15 to 17-year-olds who are nearing the end ... 24 minutes ago

The Interpretation Amendment Bill 2021 will be debated in parliament this Wednesday. Attorney General, Aiyaz Sayed-Khaiyum says this bill has been ... 26 minutes ago