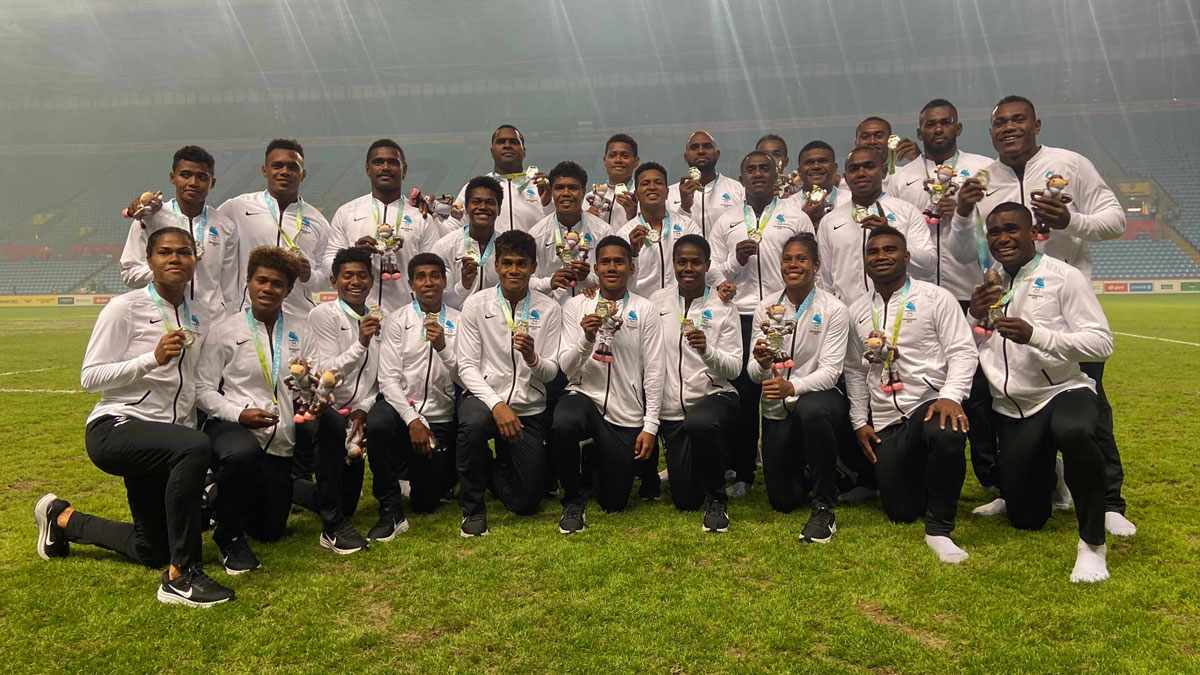 From finishing 5th in the 2018 Commonwealth Games to getting a silver this year, the Fijiana 7s team have come a long way as they continue to break the glass ceiling and create history.

The team lost 22-12 against Australia in a heart breaking final this morning.

Fiji could not chase the 17-0 deficit that Australia amassed during the first half.

The Fijiana 7s also created history last year when they won bronze in the Olympics.

The team will now focus on the World Cup in South Africa next month.

Team Fiji Chef de Mission Sale Sorovaki says the Fijiana 7s team are no longer making up the numbers, but they are competing for the prizes.

Meanwhile, the Fiji men’s team also settled for silver after South Africa beat us 31-7 in the final.

South Africa were far superior in the breakdown area and took advantage of the lack of support play by Fiji.

The focus for the men’s team will shift to the LA 7s which will be held from the 27th of this month before the 7s World Cup in September in South Africa.