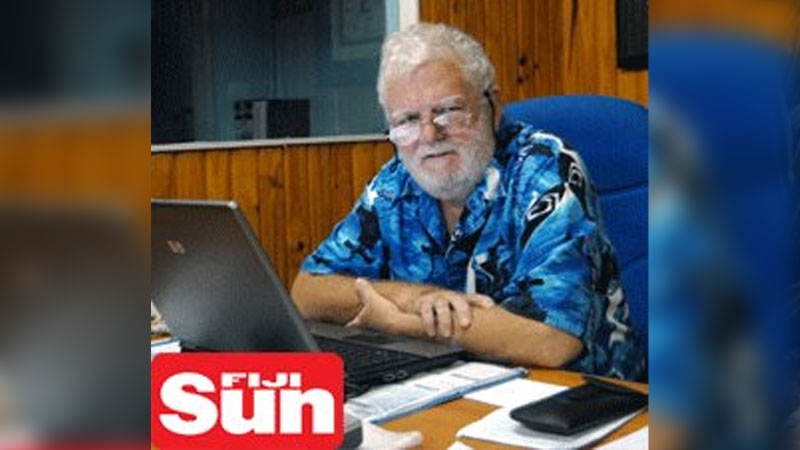 The Fijian Media Association says it is saddened with the loss of Fiji Sun publisher and media industry veteran Peter Lomas.

Association General Secretary, Stanley Simpson says Peter Lomas was a giant of journalism and media development in Fiji and region.

Simpson says Lomas is an industry pioneer and one of the last surviving old school ‘newspaper man’ of the Pacific, someone who lived and breathed the news business and practically lived his life in the newsroom.

He says Lomas lived a very private life, more comfortable in the newsroom than out in public.

The Association General Secretary says Lomas leaves behind a legacy of modernizing and improving content at a number of major newspapers in the Pacific – including the Samoa Observer, Solomon Star, Elijah Communications in the Cook Islands and his final home at the Fiji Sun.

Lomas has more than five decades as a reporter, editor, media manager and trainer in a career that took him from New Zealand, Australia and throughout the Pacific.

He was chief editor of Fiji Sun, as well as editor of Islands Business, the leading regional news magazine of the 1980s and early 1990s.

Simpson says as publisher of the Fiji Sun, Lomas has been involved in penning the front page headlines and cover stories of almost every major historical event in Fiji over the last decade.

He says Lomas guided many journalists in the basics and business of the media, and the art of journalism and was as thick skinned as they come, standing resolutely on his views and beliefs even under overwhelming criticism about his stand or positions.

Simpson says Lomas was never afraid of being unpopular.