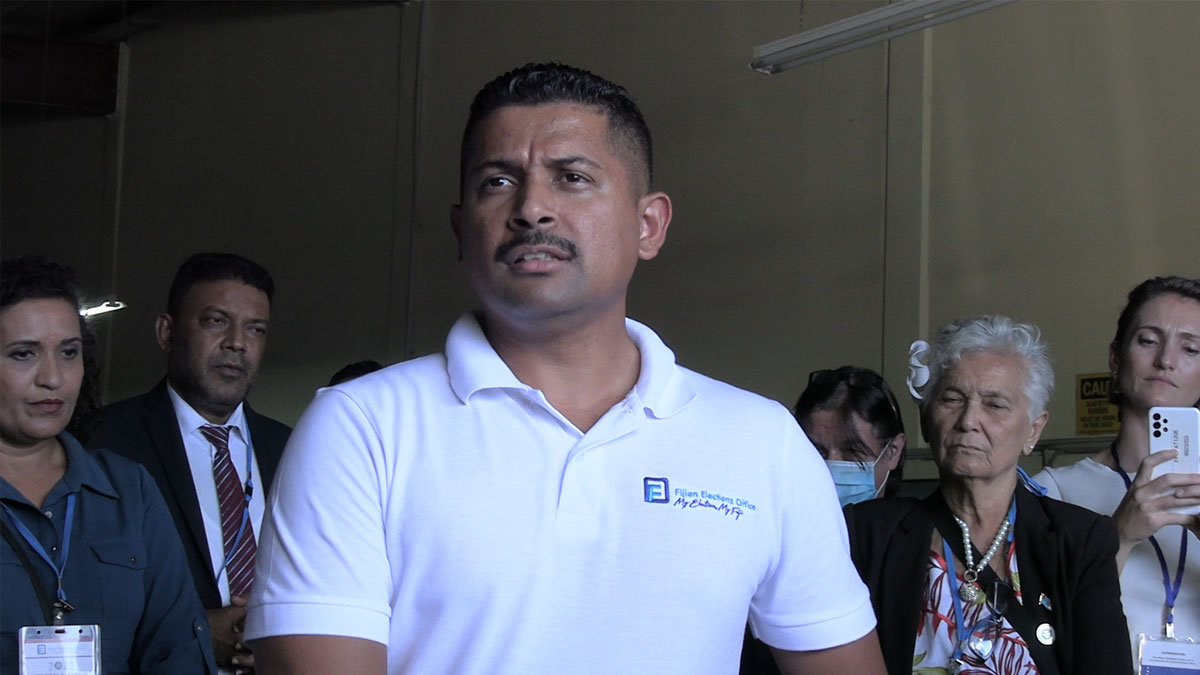 The Fijian Elections Office has transported the first batch of ballot papers from the printery to secure storage yesterday afternoon.

Supervisor of Elections Mohammed Saneem says postal ballots will be going out today and they have sufficient processes in place for the careful management and handling of ballot papers.

He adds as of this afternoon they have received a total of 3,471 postal vote applications and each of them will be receiving a postal package.

He says this process is the same for local and overseas voters.

He adds for overseas voters once they have marked their ballot paper they can ask DHL to collect it from home.

The SOE says once the DHL packet is prepared in Fiji and it is entered into the DHL system, they will start getting their tracking details and can reroute their ballot paper to the place where they are.

He adds they have to either circle or cross the number of the candidate they wish to vote for.

He says they have to fill out the transmission envelope with all the details that they are supposed to fill out when applying for a postal vote.

He adds if they do not fill out the details that match the application, their postal vote might be rejected.

Saneem adds all postal ballots must reach the Fijian Elections Office no later than 6pm on the 14th of December and if the postal ballot is late, it will not be considered.

He adds it must come back to the FEO branch or directly through mail and must reach the FEO before the deadline.

He says there are only six days left for postal vote application forms to reach the FEO and if you are not able to reach your polling venue on election day, you must apply for a postal vote.