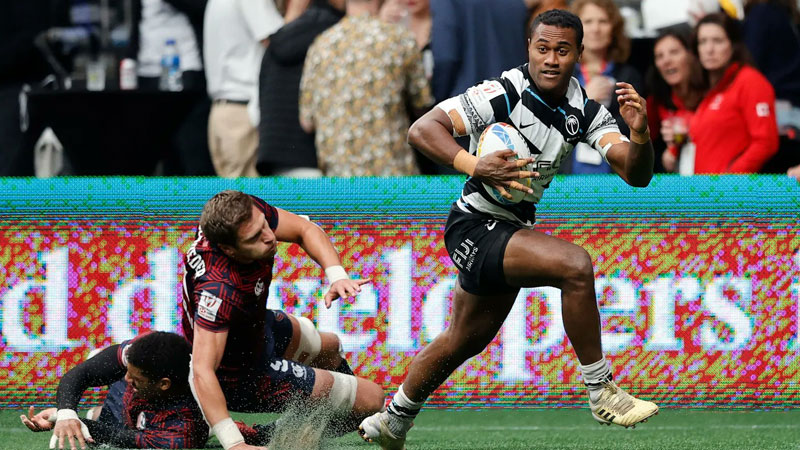 The Fiji Airway’s Men’s 7s side can expect a brutal encounter against Samoa in the cup semi-final of the Toulouse 7s and will have to be clinical in defence.

Dancing and weaving his way to give @fijirugby into the lead!

Our top rugby commentator, Antonio Rahiman says Fiji cannot afford to have a slow start against Samoa as we did in the quarters against USA.

He says Samoa which is the most improved side in the World Sevens Series will punish Fiji if we allow them to play.

The journey to gold continues on day three, with four teams still in the hunt. 🥇

Samoa has so far beaten teams like South Africa and England in the Toulouse 7s.

Rahiman says Samoa has some big forwards, are very structured in defence and have speedsters like Va'a Maliko who is their top try and points scorer.

Fiji came from behind to beat USA 19-17 in the cup quarters this morning.

The marginalized, at risk and poor in the community will now be able to get much needed support through the opening of DHIVE Community Centre in Marti... 59 minutes ago
LATEST NEWS