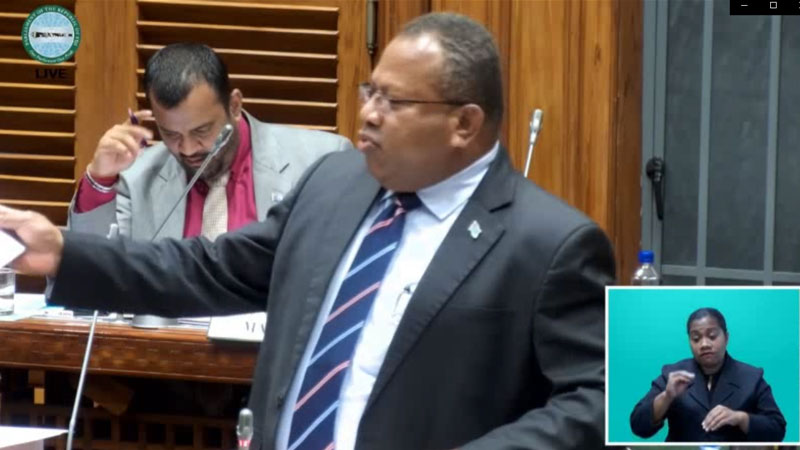 Minister for Defence, Inia Seruiratu says Fiji needed to be well represented at COP26 led by the Prime Minister as climate change is the biggest threat to national security.

While speaking in parliament, Seruiratu says he does not know whether any Opposition member has attended a COP but the COP discussions are based on negotiations and the most vulnerable states continue to be under-represented in such large forums.

Seruiratu also says Australia’s comments on how we are handling COVID speaks for itself.

He says previously we were a democracy but struggling with a crisis of inequality.

Seruiratu says while this inequality issue was glaringly obvious and denied us progress, it suits the politics of old and ethnic politics occupied centre stage often prompting violent conflict and political changes but unfortunately these changes were for their own benefit without addressing the core issues.

He says President Ratu Wiliame Katonivere is reminding us that he sees the preservation and the strengthening of our democratic society as his greatest responsibility as our President.

Permanent Secretary for Health Dr James Fong says health workers and frontliners have done their best for two years to protect as many of us as possib... 3 minutes ago
LATEST NEWS