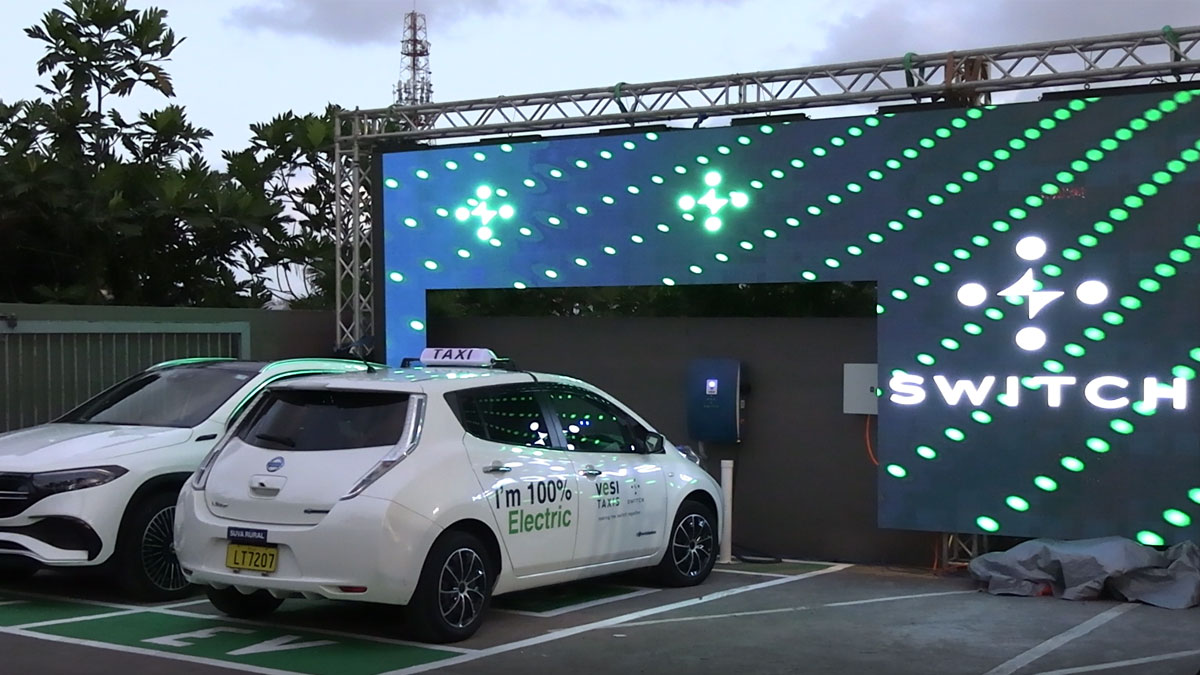 With fossil fuels becoming a major contributor to climate change, Fiji has taken action to ensure that the emissions from vehicles are reduced through the launch of Fiji's first-ever electric vehicle charging network at Kundan Singh Supermarket.

Founder and CEO of Switch Network Alex Reddman says their vision is that Fiji can move towards a more integrated system as the energy systems of before were not smart.

He says Switch Network is in the country to help Fiji be a leader in the world as their system fits perfectly with some challenges the country is facing.

Reddman says there are five electric vehicle charging stations in Viti Levu, and there are plans to set up more stations in the coming months.

He says they will be setting up an App for payments that will be available in a few months.

The CEO says another benefit of using electric vehicles is that they can be used to power homes when there is a planned or unplanned power outage.

Climate Change Mitigation Specialist, Climate Change and International Cooperation Division, Ministry of Economy, Ranjila Singh, says the program launched is in line with the government's goal of having net-zero emissions by 2050.