Fiji is losing out $42 million per year by importing rice – Dr. Reddy

Fiji is losing out $42 million per year by importing rice – Dr. Reddy 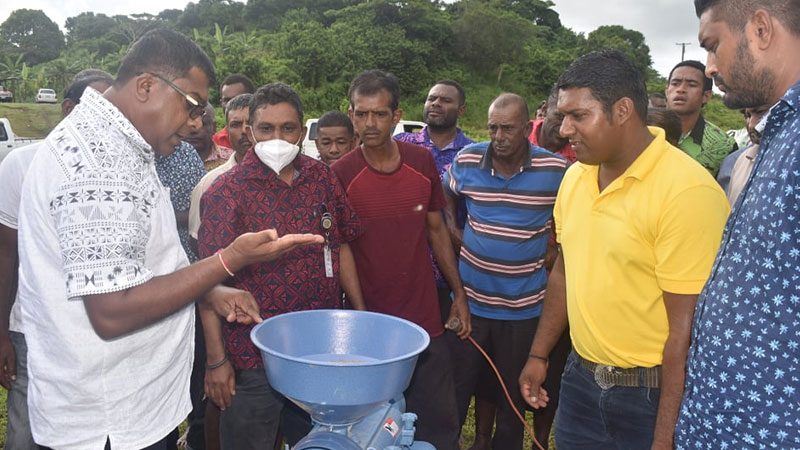 Minister for Agriculture, Doctor Mahendra Reddy says approximately 80 percent of rice consumed in Fiji is mostly imported from Vietnam and we are losing out $42 million per year by paying for the rice.

While handing over portable rice mills to rice farming clusters in the Western Division, Reddy says rice production in Fiji has seen steady growth following the injection of Government support through the Ministry of Agriculture’s rice development programmes.

He says they are also concerned that should something happen, for example a trade embargo, then our food security will be impacted because nearly every household consumes rice and there will be a major shortage of rice.

Reddy further says in this circumstance, the price of rice would become exponentially high and that was something Government wanted to avoid so to manage that, Fiji needs to at least produce 50% of the rice we consume and he is convinced Fiji will be able to do this in 5 years time.

Meanwhile, Rup Chand of Tavarau, Raviravi in Ba has thanked the Ministry for encouraging farmers to grow more rice as it would contribute more to the country’s food security.

More Fijians are expected to get employment opportunities in Australia after Labour Solutions Australia interviewed 56 potential workers since ... 46 minutes ago