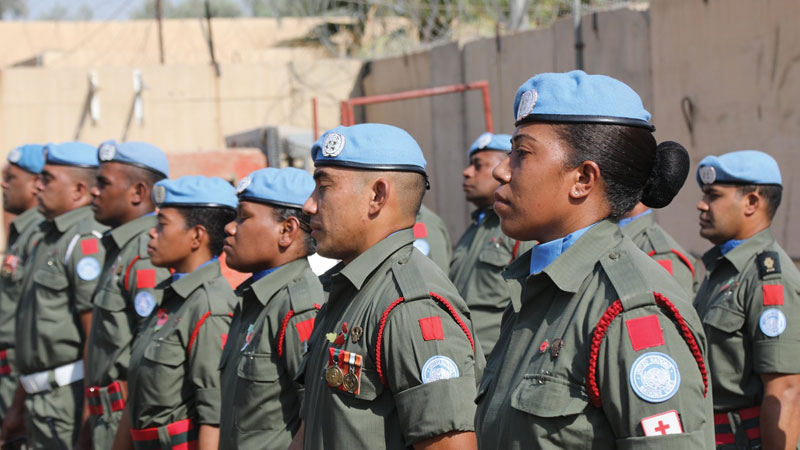 Over its more than four decades’ long participation in UN peace operations, Fiji has contributed more personnel per capita to UN Peacekeeping missions than any other Member State.

This has been confirmed as the United Nations Under-Secretary-General for Peace Operations Jean-Pierre Lacroix thanked Fiji for its strong support to UN Peacekeeping and for the service and sacrifice of its military and police personnel deployed around the world under the UN flag.

During Fiji’s contribution to UN peace missions, 66 Fijians lost their lives while serving under the UN flag.

Fiji first contributed peacekeepers to the United Nations when it deployed troops to Lebanon in 1978 and it has been a consistent contributor since.

Fiji’s largest contribution of uniformed personnel to UN peace operations is to the UN Assistance Mission for Iraq (UNAMI), where 168 of its women and men now serve.

Lacroix says Fiji has set a standard of generosity that it should be proud of and that others should seek to emulate.

He says the UN appreciates the service and sacrifice of the Fijian men and women who serve in dangerous and difficult environments. Meanwhile the UN says Fiji has also endorsed the Secretary-General’s ‘Action for Peacekeeping (A4P)’ initiative, which aims to refocus peacekeeping with more targeted mandates, make operations stronger and safer, and mobilize support for political solutions and better equipped and trained forces.