Fiji has been struck by 13 disasters with an approximate damage of $3.13 billion and 79 deaths since 2016

Fiji has been struck by 13 disasters with an approximate damage of $3.13 billion and 79 deaths since 2016 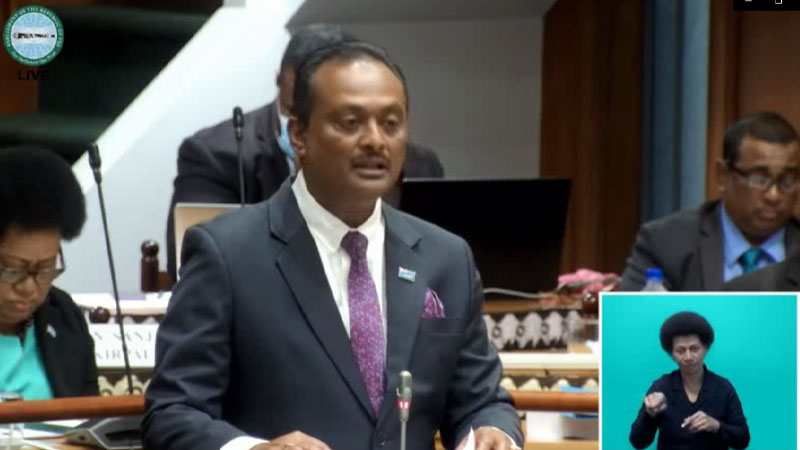 The Assistant Minister for Disaster Management, Vijay Nath says Fiji has been struck by 13 natural disasters with an approximate damage cost of $3.13 billion and 79 deaths from 2016.

He says the renowned category five Super Cyclone Winston made landfall in Fiji as the southern hemisphere’s strongest ever storm.

Nath says in 36 hours, the value of one-third of our GDP was wiped away, 44 lives were lost, 40,000 homes were damaged or destroyed and 350 schools were affected.

He adds for this reason, he is grateful that our visionary Prime Minister has led the climate change fight against the biggest culprit.

Nath says as part of the NDMO’s preparation, they have prepositioned key strategic assets and non-food items in the Western Division and Rotuma and a plan is also in place to move some in the Northern Division this week.

Nath says this will ensure quick deployment of assistance to affected communities in the aftermath of a disaster.

Permanent Secretary for Health Dr James Fong says health workers and frontliners have done their best for two years to protect as many of us as possib... 39 minutes ago
LATEST NEWS

The Fijian Government says in their effort to assist locals in reaching out to the Tongan victims of the recent volcanic eruption and tsunami, they ... 12 minutes ago

Actor Arnold Schwarzenegger has been involved in a car accident in Los Angeles. LA Police say a woman was hurt in the four-vehicle crash, which ... 33 minutes ago

Save the Children says they will join the response to assist families in Tonga affected by the volcanic eruption by establishing temporary learning ... 36 minutes ago