Fiji exposed during pandemic as Government not disciplined in spending - Vosanibola

Fiji exposed during pandemic as Government not disciplined in spending - Vosanibola 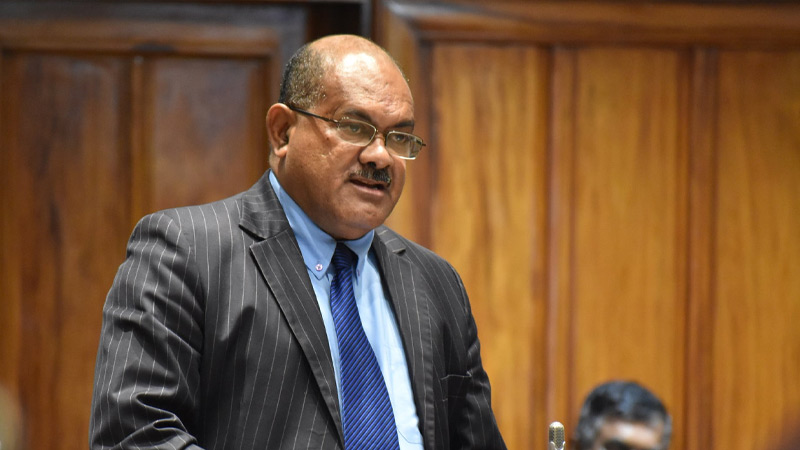 SODELPA MP, Peceli Vosanibola claims in the 10 years of unprecedented growth, the government was not disciplined in its spending and when this major global catastrophe occurred Fiji was exposed.

While speaking during the 2020/2021 National Budget debate, Vosanibola says 20% cuts in government payroll will generate at least half a million in savings which could be channelled to additional unemployment assistance.

Vosanibola adds Fiji has relied on a tourism led recovery expecting more than 400,000 tourists in 2021.

He says the customs and excise duty reductions are predicated on a consumer led recovery which is not the right policy setting.

He further says the budget aids the construction industry, and is more for the wealthy and not for ordinary Fijians.

The SODELPA MP says there is no significant assistance to low income workers and FNPF continues to be the mainstream workers owned saving for when they stop earning. He says using this will lead to savings drying up when it is needed the most.

Vosanibola says the budget has no strategies for diversification of economy on manufacturing, agriculture and forestry especially mahogany.

He says it contains no incentives to attract large foreign economic sector businesses to invest in Fiji.

Vosanibola says we were already in economic decline before the incidents of COVID-19.

PNG has confirmed 7 more COVID-19 cases today with 3 from yesterday and 4 for today. Yumi FM News reports these 7 cases are all linked to a mining ... 47 minutes ago

The US Embassy has today in partnership with the Asian Foundation donated various books to the Suva City Carnegie Library. While making the ... 55 minutes ago