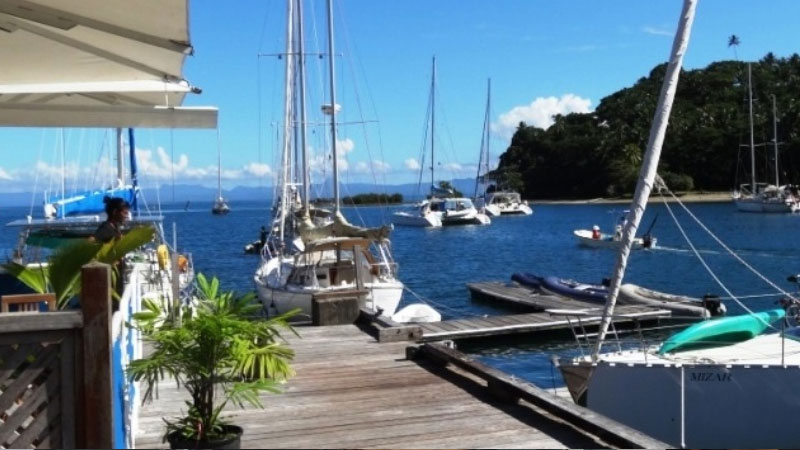 Prime Minister Voreqe Bainimarama has announced that Fiji is establishing safe “Blue Lanes”, open to those yachts and pleasure craft sailing to Fiji but the requirements are strict.

He says being alone at sea is a verifiable, self-contained quarantine which means anyone coming by pleasure craft to Fiji, so long as they haven’t interacted with others, are very low-risk, but their economic impact is very high-reward.

Bainimarama says any boat coming to Fiji will be carefully considered on a case-by-case basis.

He says to start, the only port of entry will be Port Denarau Marina.

Bainimarama adds if this pilot project is successful, they will consider extending Blue Lanes to other ports and marinas. He says those eligible to sail to Fiji fall under two categories, both of which will require them to be tested in another country before departing.

Bainimarama says in the first category if their journey to Fiji will take 14 days or longer uninterrupted at sea, once they dock in Fiji and show proof of a negative test result, everyone on board will be screened by the Ministry of Health for symptoms.

He says if they’re deemed to be healthy, their yacht will be allowed to freely visit other ports throughout Fiji.

Bainimarama says alternatively, those with a journey at sea shorter than 14 days will be required to make up the difference in quarantine once they dock in Fiji at their own cost.

The Prime Minister says if they spend eight days alone at sea, they will then be required to pay for six days of quarantine in Fiji, after which they can be cleared by a negative test result, also at their own cost. He says there’s already been a great deal of enthusiasm shown for ideas like this.

Bainimarama says in fact, interest has been expressed in using the Pacific for travel, maintenance, and stocking in the build-up to the 36th America’s Cup next year, in which Fiji could be used as a safe “parking lot” until the start of the start of cyclone season. He says cruise ships are still strictly banned.