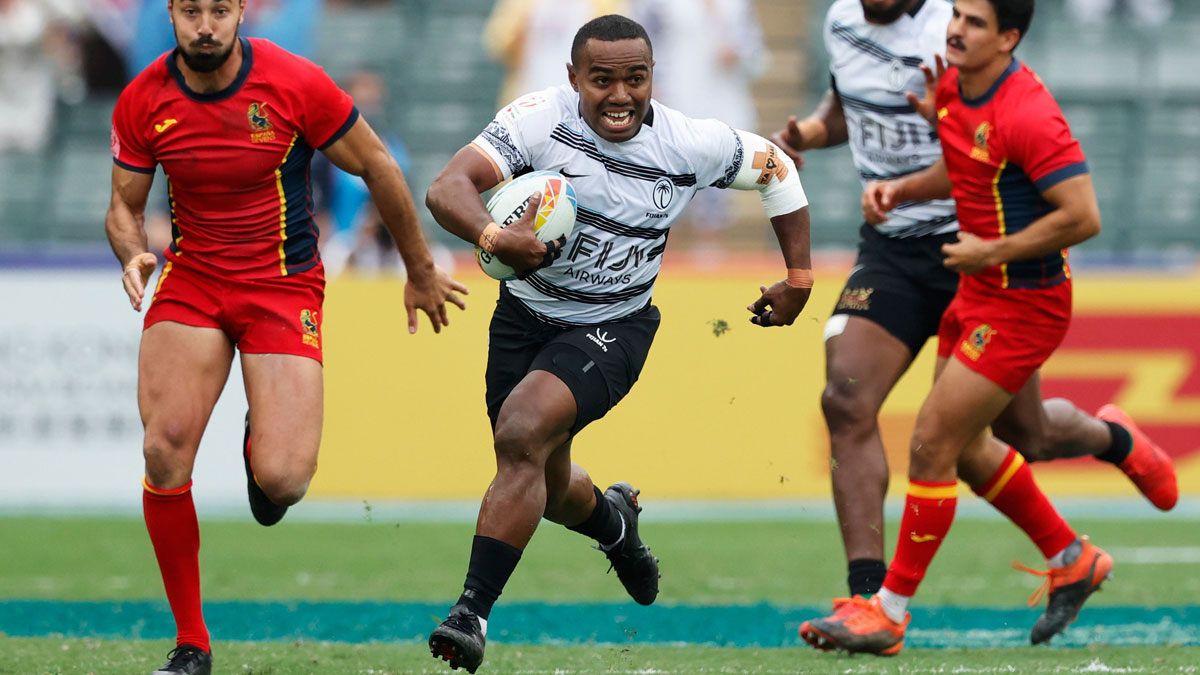 The Fiji Airways Men’s 7s team continued their fine performance in the Hong Kong 7s after beating a determined Spanish side 35–21.

The Spanish shocked the Fijians early in the game with a strong attack resulting in them scoring the first try of the match.

Magician Iowane Teba hit back immediately for Fiji scoring beneath the posts to level the points at 7 all.

A try by Waisea Nacuqu extended Fiji’s lead to 14–7 at half time.

Teba scored again for Fiji in the second half, while debutant Josevani Soro crossed the try line as well.

Spain hit back with two tries, however it was not enough as Filipe Sauturaga sealed the win for Fiji.

Fiji’s last pool match against USA is at 8pm tonight.