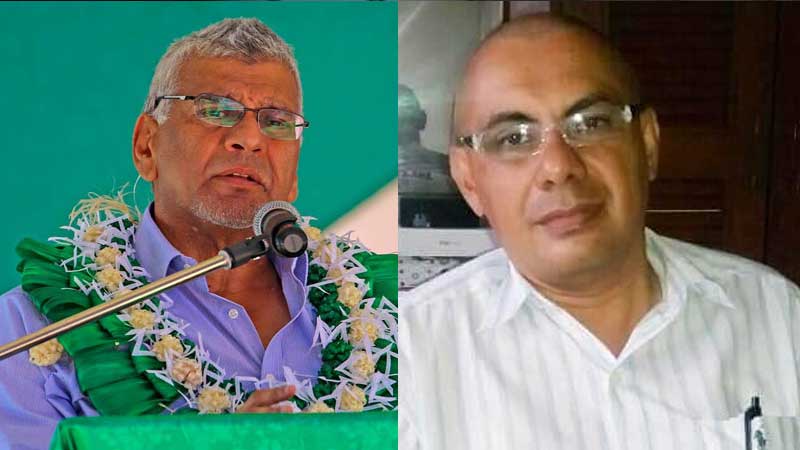 The Fiji Muslim League will take legal action against Ben Padarath for his post regarding the Head Boy of a Muslim school.

Padarath had posted a photo of the Head Boy and questioned why the boy was allowed to grow a beard while boys in all other schools throughout Fiji are made to be clean-shaven daily.

Fiji Muslim League Preident Hafiz-Ud-Dean Khan says Padarath’s post has left the student demoralized and traumatized because people have made some degrading comments.

Khan says the student has probably suffered long term damage to his ability to continue with his education because he feels scared and humiliated.

He adds all faith based schools are entitled to do their teaching the way they do as long as it is with respect.

On his Facebook page, Padarath said that the Fiji Muslim League has chosen to make his post a religious and racist issue.

Padarath says he was simply asking the Minister for Education Rosy Akbar to clarify the rules and regulations of her Ministry and had nothing to do with race or religion.

Meanwhile the Ministry of Education had earlier filed a complaint against Padarath while Padarath filed a report against Rosy Akbar yesterday.

Padarath claims he and his family received threats from the public due to the false accusations made by Akbar.

Minister for Communications and Attorney General, Aiyaz Sayed-Khaiyum says more government online services, including the digitalFiji platform and the... 39 minutes ago
LATEST NEWS

The Fiji Sports Council is working together with the Ministry of Health in becoming one of Suva’s host venues to cater the registration and ... 41 minutes ago