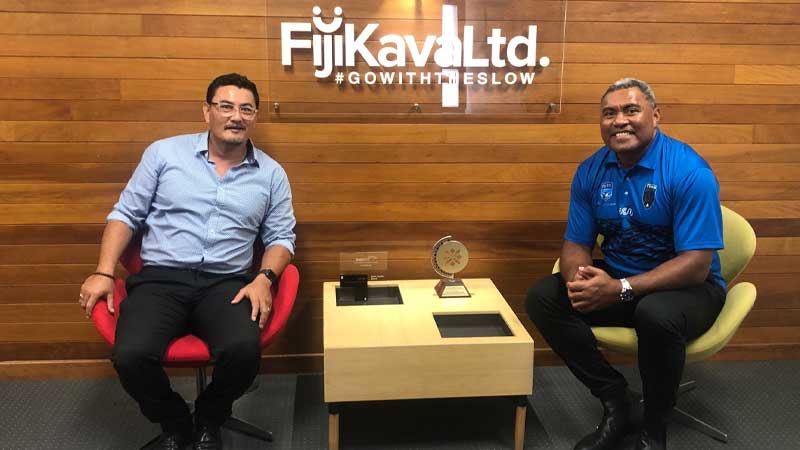 Fiji Kava Limited has secured the front of the jersey and naming rights sponsorship for the Kaiviti Silktails ahead of the 2022 Ron Massey Cup season.

In just their third year in the NSWRL competition, the club will now be known as the Fiji Kava Kaiviti Silktails.

He says it’s a massive coup for the club to be able to partner with an iconic Fijian-owned brand like Fiji Kava.

Civoniceva says the fact they believe in what they are doing and helping the team to continue to develop young players both on and off the football field, is something that resonated well with both of them.

The kava company has its Australian base in Brisbane and is listed on the Australian Stock Exchange. It is the first foreign company with approval from the Fijian Government to operate in the kava industry.

It employs 30 people at its farm and factory on a 44-hectare property in Levuka, on the island of Ovalau, Fiji. Another 10 employees work in the Brisbane distribution office to complete a true ‘farm to shelf’ product.

Kava a is a natural alternative to prescription medication to help with muscle relaxation, stress reduction, and insomnia relief.

He says their founder Zane Yoshida, who is a Fijian native, heard about the Silktails story and what they were doing with their school gym equipment donations and in their player-development programs.

Noble says as a Fijian-listed company they get approached by a lot of sporting and community groups and they have been looking for the right sponsorship that reflects their values of health and fitness along with developing the youth.

He adds the Silktails have been a real success story coming out of Fiji – punching above their weight - so they wanted to give something back to them.

Silktails Executive Director Stephen Driscoll says the Pacific Aus Sports, who appeared on the front of the 2021 jersey, would continue as part of the Silktails sponsorship team.

He says the opportunity to have Fiji Kava come on board as official Naming Rights Partner would only have been made possible by the Silktails Major Sponsor – Pacific Aus Sports, who have generously given up their spot on the front of the jersey.

He adds Pacific Aus Sports will be now officially known as the Kaiviti Silktails Foundation Partner.

Driscoll says Pacific Aus Sports will continue to feature prominently on the Silktails Jersey where they will be placed on the sternum and the back of the jersey above the positional number.