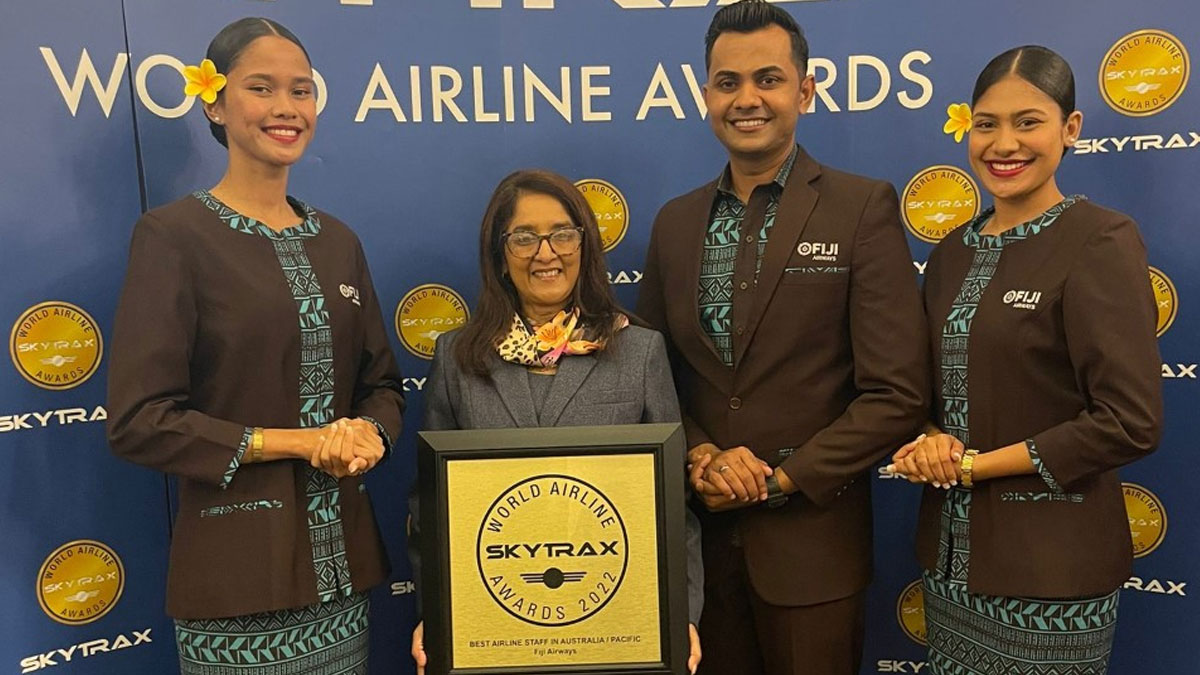 The Fiji Airways has been named winner of the award for the Best Airline Staff Service in Australia and Pacific at the World Airline Awards, held at the Langham Hotel in London.

It is the second time passengers have chosen Fiji Airways for this top prize for the Best Airline Staff Service in Australia and the Pacific after the airline previously won the award in 2019.

The World Airline Awards are wholly independent and impartial, introduced in 1999 to provide a customer satisfaction study that was truly global.

The Best Airline Staff Service Awards assess all frontline service contact points across both the airport and on-board environment, including check-in, lounges, service assistance, boarding and arrivals, as well as the full range of onboard cabin staff service.

Managing Director and Chief Executive of Fiji Airways Andre Viljoen says it is an honour for the airline to be recognized for its commitment to service.

He thanked all the hard working staff at Fiji Airways who made this award possible.

Viljoen says they won this same award in 2019, and he is proud of the fact that they have not been complacent despite the challenging period that Fiji Airways and the entire aviation industry have faced due to the pandemic.

He adds they are focused on major plans to enhance its products and service to continue evolving and offering the best to all its guests.

Edward Plaisted of Skytrax says Fiji Airways has embarked on the most comprehensive review and upgrade of products and services during the last 2 years.

He also says the airline management and staff should be delighted with this recognition for having the Best Airline Staff Service in Australia and the Pacific.

He adds this success for front-line staff service, Fiji Airways should also be delighted with its performance in 2022 which sees the airline rise into the world’s top 50 airlines this year.

More than 300 airlines are featured in the final Award results.