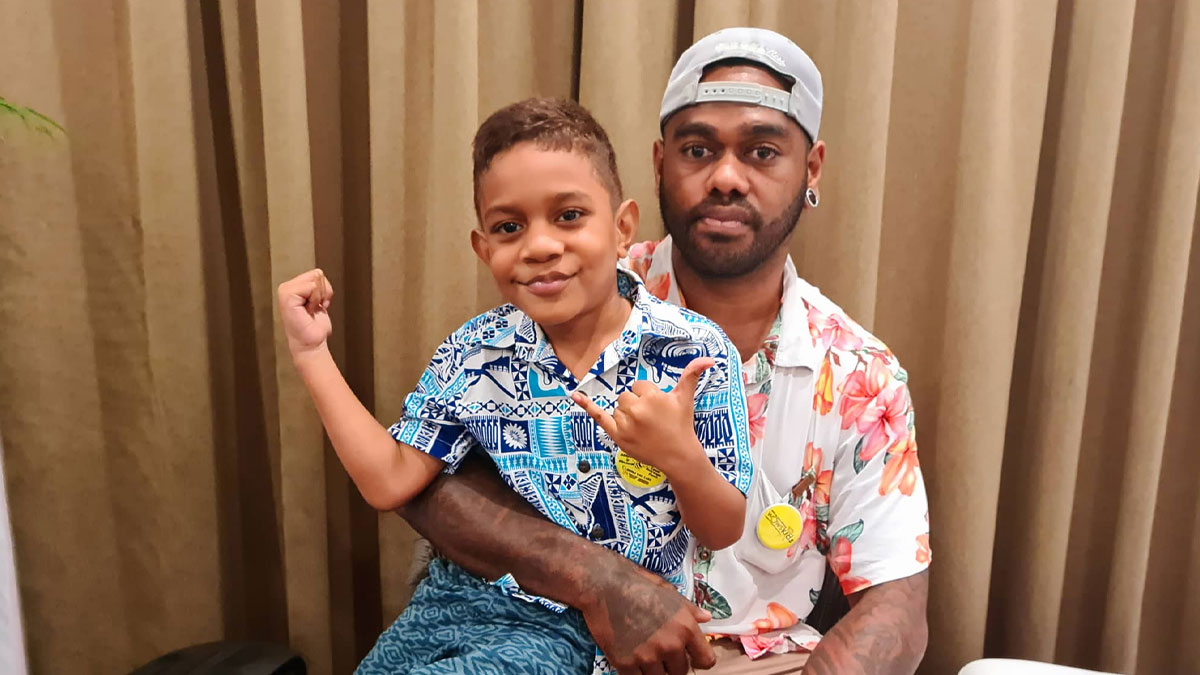 A father whose son was diagnosed with leukemia about 4 years ago has advised parents to get an early diagnosis if their child is sick.

While speaking during the WOWS Kids Childhood Cancer Awareness Month launch, Netani Vulakoro said his son Kiyan was two and a half years old and had started walking when they noticed that he started crying when he stood up.

Thinking that he may have fallen without them noticing, they took him to the hospital for a check up.

After numerous blood tests, the doctors were finally able to confirm the cause.

Vulakoro says it took him a while to come to terms with the fact that his son had leukemia.

He says he and his wife had a lot to deal with but they ensured that they followed the protocols that had been set by the doctors.

Vulakoro says parents should take immediate action when their child is sick.

While International Childhood Cancer Awareness Month is in September, Fiji celebrates theirs from August to September in memory of Tae Kami whose dream was to help other kids with cancer.

WOWS Kids is currently helping 70 children and their families in the Central, Eastern, Northern and Western divisions with care packages, money for transportation and daily costs.