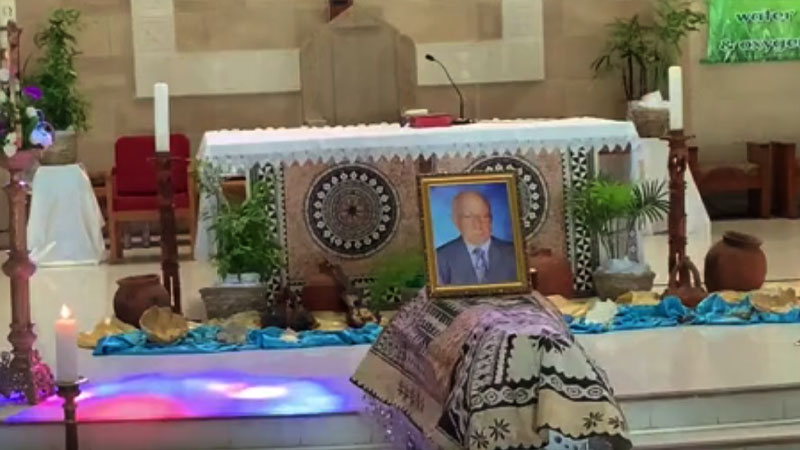 Archbishop Peter Loy Chong says the life of Father Kevin Barr can be summed up as a radical discipleship and commitment to the God of the poor, justice and peace.

He shared that Father Barr was also a music teacher in his spare time.

He says Father Barr once gave him a cassette which had reggae music from Lucky Dube.

Archbishop Chong says Father Barr was deeply committed to a life of service until he passed away.

He was born on 2nd August, 1936 in Kensington, New South Wales in Australia.

Father Barr was ordained a priest for the Missionaries of the Sacred Heart of Jesus in 1961.

He came to Fiji in the 1980s and was incardinated into the Archdiocese of Suva on 1st January 2006.

Father Barr was the Chairman of the Fiji Wages Council and passionately pursued the enforcement of a decent national minimum wage and a fair wage for sectors enlisted under the Wages Councils.

He will be laid to rest at the Vatuwaqa Cemetery this hour.