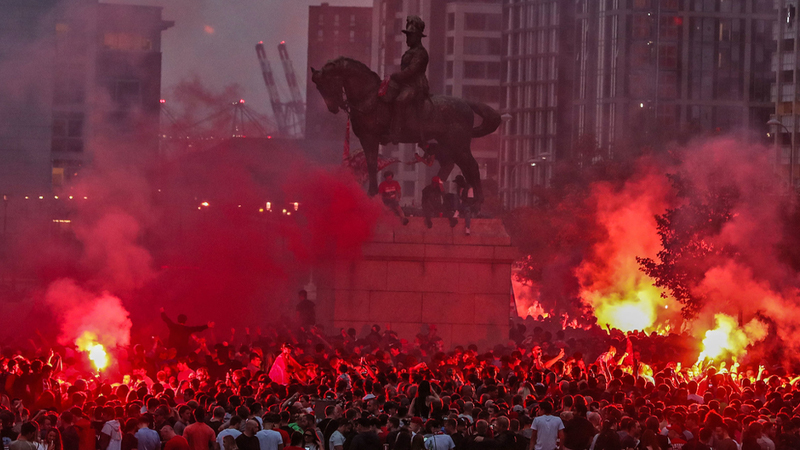 Liverpool has condemned the conduct of some fans who gathered in the city to celebrate the Premier League title win as "wholly unacceptable".

Thirty-four people were injured as thousands of people turned up on the city's waterfront despite restrictions on gatherings.