Bill should not reach Parliament - Tikoduadua

Bill should not reach Parliament - Tikoduadua 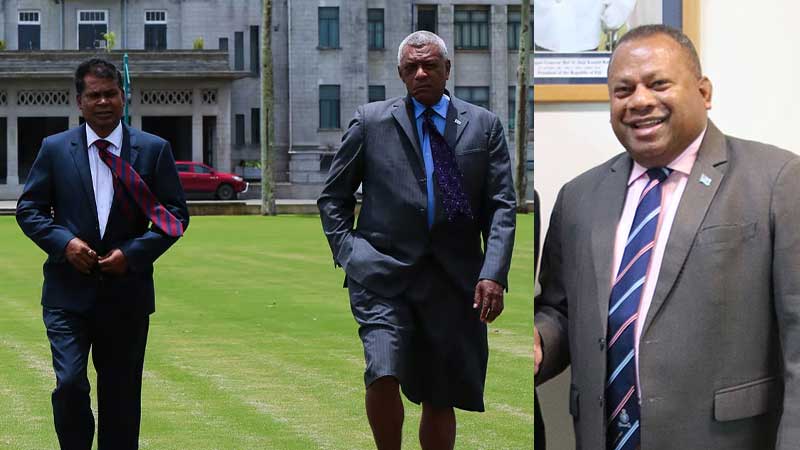 Face to face public consultations for the draft Police Bill are expected to start on the 15th of this month however some groups like the National Federation Party say the bill should not reach parliament.

A review team will visit 21 centres throughout Fiji.

They will also go as far as Rotuma, Yasawa, Kadavu, Ovalau, Taveuni and the Lau group.

The public consultation is funded by the United Nations Development Programme and the New Zealand Foreign Affairs, Trade and Aid programme.

However National Federation Party President, Pio Tikoduadua says the draft bill must not be allowed to reach the floor of parliament.

Tikoduadua says it is inconceivable that government could use provisions in the draft Police Bill to impose martial law even during emergency situations and deploy police as soldiers subjected to military law.

He pointed out the draft bill empowers the President to employ the Police Force and subject it to military law during an emergency or war.

Tikoduadua says the draft bill defines emergency situation as natural disasters, man-made disasters and any other situation which give rise to or may give rise to casualties, and or damage or loss of property, infrastructure, essential services or affects the means of livelihood or health or the general wellbeing of the public on a scale which is beyond the normal capacity of the affected communities to cope with unaided.

He says right now government’s prime concern and top-most priority should be to ease the pain and suffering of its citizens by improving health facilities, implementing measures to reduce cost of living and arrest the growing problem of worsening infrastructure.

NFP Leader, Professor Biman Prasad says provisions of the draft bill is at the height of totalitarianism, absolute dictatorship and complete erosion of fundamental rights and freedoms of citizens.

He has questioned why people are being asked to comment on a draft legislation.

Prasad claims that the government will bring the bill to Parliament under Standing Order 51 to avoid public debate and scrutiny.

He claims the provisions of this bill will clearly be used to persecute opposition political leaders and civil society.

Prasad says provisions like the imposition of life imprisonment or $1 million fine on people who refuse to provide passwords of their electronic devices, police being allowed to eavesdrop and record conversations and recruitment of informers through lure of payment have no place in Fiji.

The NFP Leader also questions why is the government treating its citizens like terrorists and hardened criminals.

Minister for Policing Inia Seruiratu has said that the public consultation phase is extremely important because they need to adequately capture and take into consideration the interests, concerns and voices of every Fijian.

He said the review of the Fiji Police Force’s primary legislation is part of government’s priorities to be tabled in parliament this year.

Seruiratu said initially, the review process of the Police Act 1965 began in 2019 with an in-house and inter-agency consultation programme where submissions were received from all the five divisional police commanders, directors and inter-agency partners.