FWRM Concerned that Changes in the Laws on Name Change Discriminates Against Married Women, Interferes with Their Democratic Right to Vote

FWRM Concerned that Changes in the Laws on Name Change Discriminates Against Married Women, Interferes with Their Democratic Right to Vote 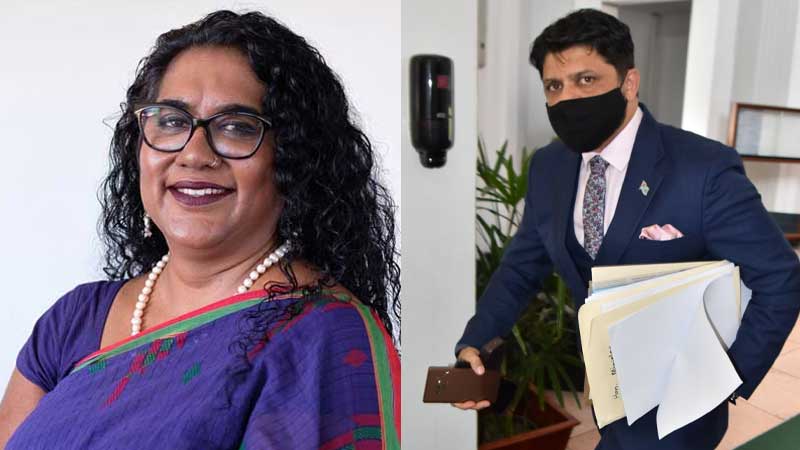 The Fiji Women’s Rights Movement had strongly urged parliament not to pass the amendment to the electoral act today which they say are gender discriminatory and unconstitutional, and which will negatively affect thousands of women in Fiji.

The FWRM says it is concerned about the suggested amendments to the electoral laws in regards to name change and how it will disproportionately affect a vast majority of married women in Fiji, who take their husbands’ names after marriage.

FWRM Executive Director, Nalini Singh says the proposed bill is inherently discriminatory towards women, as well as being unconstitutional as the Bill of Rights states that women may not be discriminated against on the basis of their sex and gender.

Singh says early last year, the Supervisor of Elections issued a statement that all Fijians must confirm their voter registration names with the names on their birth certificates. She says now, we are at the cusp of having changes made to our current electoral laws in this same regard.

The FWRM Executive Director says this amendment is disproportionately discriminatory towards married women compared to men because the majority of women change their surnames during the process of their legal marriage registration, taking on their spouses' surnames.

Singh says this process, however, does not automatically change the names on their birth certificate or their passports.

She says at a time when the entire country is battling the COVID-19 pandemic, these women have to go through the significant inconvenience of travelling outside their protective bubbles and standing in long lines, to change their names as per the suggested amendments, risking their own safety.

Singh says they then have to change their licences, passports, identification documents for work, FNPF, and the list goes on.

She questions how is this promoting women’s equality.

She says after they change their birth certificates, they literally have to change so many other documents.

Singh says this new requirement only increases women’s financial and time burdens during these times of economic hardship, as they have to bear the transport costs, ensure care for their children and families, line up and pay for the amended certificates, after which they have to confirm their voter identification details.

FWRM is also concerned about women who are unable to access services to get their names changed.

While speaking in parliament, Sayed-Khaiyum said he had seen the FWRM’s statement on fijivillage and he stresses that the new law does not stop the women from using their husband’s name.

He says if you look at most societies including the indigenous society in Fiji prior to European contact, the women never adopted the husband’s name.

Sayed-Khaiyum says women carried the names of their fathers.

He says with the new law, the women can decide themselves if they want to change their names, and all they have to do is go to the Births, Deaths and Marriages Office, fill out the form and a new birth certificate with the changed name will be done.