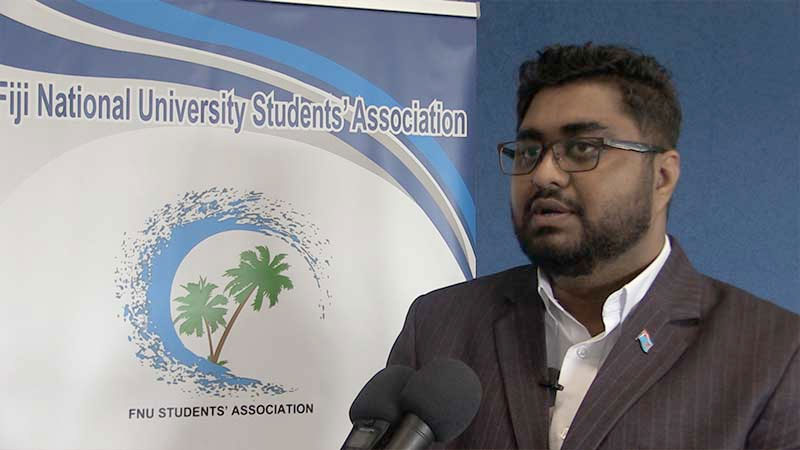 FNU Student Association President, Ketan Lal says they are speaking up about issues that affect students and are standing up and telling what is right and what is wrong.

Lal has highlighted this while responding to questions on criticisms the Association has received after releasing statements against some political parties and on other issues.

National Federation Party Leader, Biman Prasad had earlier said the Association is appearing to be stooges of the FijiFirst Government and are becoming a mouthpiece for the Government while People’s Alliance member, Lynda Tabuya had also called a FNU student a FijiFirst stooge.

These comments were made after the Fiji National University Students Association had raised concerns about Tabuya and had also asked the NFP to talk to its supporters after coordinated cyberbullying efforts against Lal.

The Association has also made recent statements in support of the revised national budget and welcomed the increase in the price of sugar. They have also released statements against cyberbullying and against the National Federation Party and the People’s Alliance.

Lal says he is not sure what being pro-government means.

He says they are in line with the objectives of the Association and the University.

The Association President adds they want youths to stand up for what is right in this country.

While responding to questions if he intends to join national politics, Lal says he is not sure if he has plans to join at the moment.