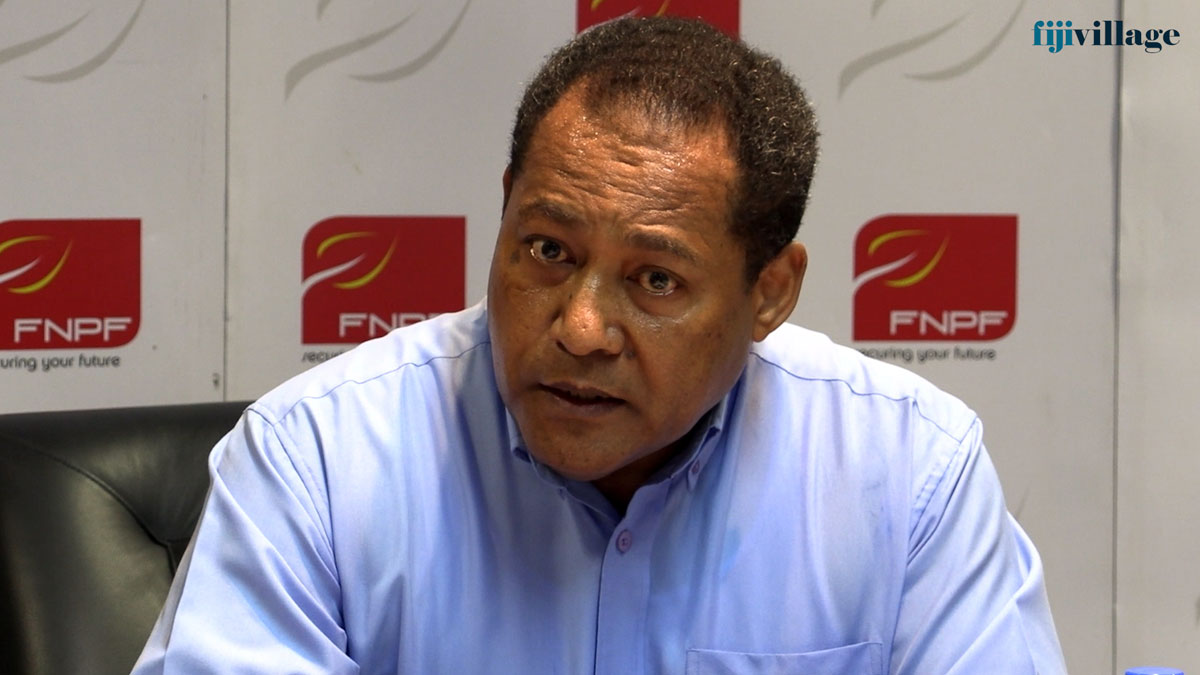 The Fiji National Provident Fund does not go to the market to talk about their intentions and seek advice according to CEO Viliame Vodonaivalu after questions were raised on why FNPF members were not informed about the decision to buy 30.02 percent shares in Fiji Airways.

The Fund confirmed yesterday that it has invested $93.1 million to purchase those shares.

Vodonaivalu says normally they have an undisclosed agreement in place.

We have asked Vodonaivalu if there was a need for consultations with stakeholders and its members because people have raised concerns as to why they were not aware of the acquisition.

In his response, Vodonaivalu says the FNPF Board has been entrusted under the Act by the members to undertake certain investments and not at any point in time they disclose what they are doing publicly.

Vodonaivalu has also confirmed that it is not a debt to equity swap that Fiji Airways took from the Fund and that the loan continues to run its full term with all conditions being followed.

He also says to date, FNPF members have gained $92 million in interest from the lending agreement with Fiji Airways.

Vodonaivalu says now that FNPF owns shares, the members will also gain from returns that the airline would make in this post-pandemic growth cycle.

The CEO says the Fund’s investment follows an intensive due diligence process that started in September last year, conducted by reputable local and international firms with extensive knowledge of the aviation industry and expertise in the areas of valuation, deal advisory, financial and tax due diligence, legal due diligence, technical due diligence and peer review.

He says the team of experts, led by ANZ Corporate Advisory out of Australia, included IBA - one of the world’s leading aviation advisors, Australian law firm Norton White, a leader in transport law, McGrathNicol, Hall & Wilcox, Howard’s Lawyers and Molony Advisory, who are all leaders in their fields.

Vodonaivalu says Fiji Airways has always been on their radar - they saw this as an opportunity and believe that there will be full recovery of FNPF’s investment, given that this strategic national asset has high return potential both in interest income and capital appreciation, apart from the obvious tourism synergies.

He adds that Fiji Airways is an enabler to other investment opportunities such as medical tourism, aged-care and commercial agriculture ventures for export, whilst also having a synergistic relationship with FNPF’s substantial hotel portfolio.

Vodonaivalu says the Fund’s strong investment performance noting that FNPF was the only local financial institution that was able to pay an interest of 5 percent and more during the pandemic.

He says FNPF has a history of providing good returns - this means they make solid investments, and this is why they are able to consistently pay out good interest rates to members.

Tower Insurance plans to create 100 new jobs in Fiji in their 2023 Financial Year. This was stated by Tower CEO Blair Turnbull, who says they now ... 6 hours ago