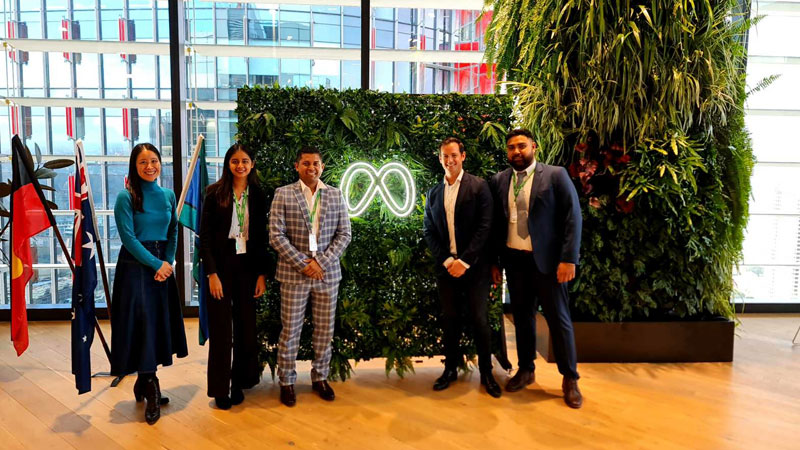 The growing concerns in Fiji in relation to persons’ using fake Facebook identities to harass individuals, fake pages to harass every sector of the society and hiding behind anonymity have been raised by the Supervisor of Elections Mohammed Saneem when they held a meeting with Meta, the owners of Facebook in its office in Sydney.

At the meeting, the Supervisor of Elections, Manager Public Relations and the Coordinator for the Centre for Credible Election Information held discussions on numerous topics and presented Fijian Elections Office’s various initiatives during the meeting.

Saneem says they welcome the opportunity to meet with the executives of Facebook in Australia, the regional headquarters so that they could thrash out various initiatives, opportunities as well issues arising out of the Facebook platform which is one of the most widely used social media platforms in Fiji.

Facebook and FEO will soon collaborate to organize training for all political parties on using the platform and its features more effectively in the 2022 General Election.

The FEO notes that whilst Facebook is the most widely used social media platform, it has also been found to have the most amount of misinformation as identified by the survey participants in the FEO's pre-election survey.

It says this is the matter that the FEO will not take lightly and the Centre for Credible Election Information has been one of the initiatives of the FEO to carry out fact-checking, rebuttals, corrections of fake news and false information that has been published in Fiji.

Saneem says it was also an opportunity for the Fijian Election Management Body, to put critical matters of context to Facebook executives so that they have a better understanding of the entire process and they had emphasized to Facebook that it needs to play a greater role in the combating of disinformation and misinformation during the general election, which was received positively by the social media giant.

It says it is critical for the FEO to implement counter-measures for such unethical practices whether it is a Candidate, Political Party or anonymous individuals hiding behind fake profiles in Fiji.

30 youths will now become income generators for their families after completing a three-day training on Mobile Skills Training on screen printing ... 11 hours ago