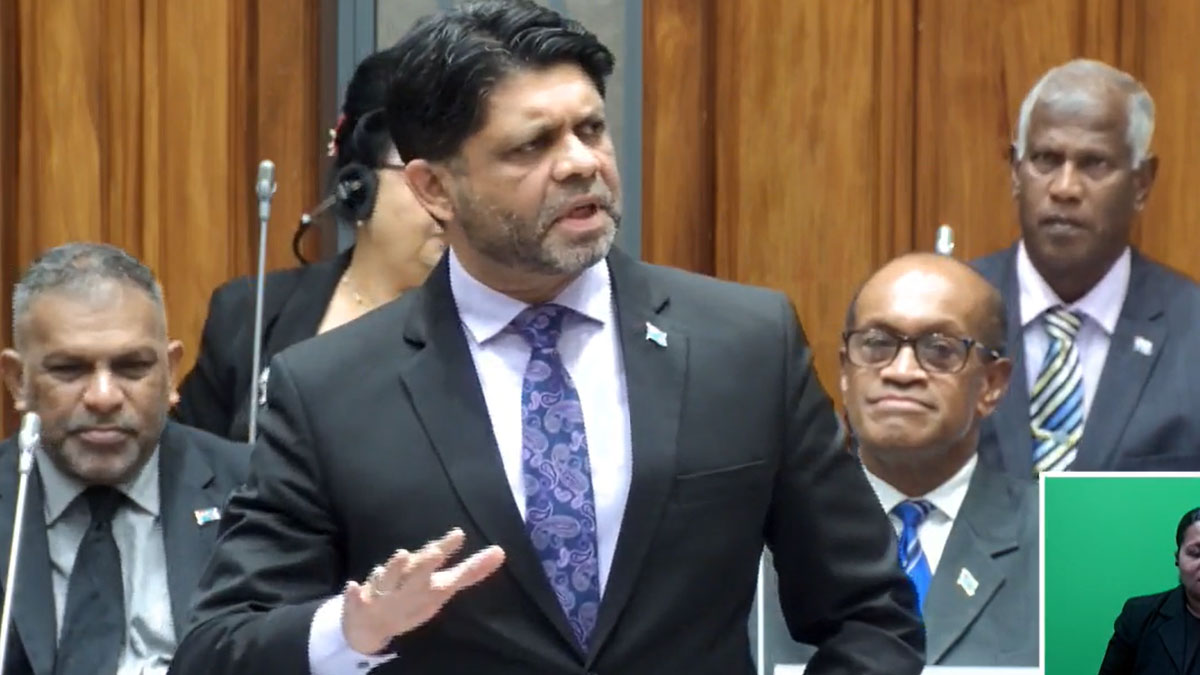 Attorney General, Aiyaz Sayed-Khaiyum has warned the Fijian public that if FijiFirst is not in government, the alternative government will be made of people who he claims will systematically undermine all independent institutions.

While giving his Right of Reply in the 2022/2023/National Budget debate, Sayed-Khaiyum says any other party will do this.

He also says iTaukei land was alienated in Fiji not by Indo Fijians but the European settlers.

Sayed-Khaiyum says it was alienated by the colonial government.

He says most of the budget analysis by the Opposition was personalised.

Sayed-Khaiyum called on them not to romanticize the past.

He says the Opposition have come to the chamber with the view that anything that is presented by the Government must be opposed irrespective of whether the policy is good.

The Attorney General says many people in this country left after 1987 not because of economic reasons. He says they left because they felt there was no justice. He says people now feel there is a sense of justice.

Sayed-Khaiyum says Gavoka said he will increase taxes for companies to 28 percent and foreign companies will pay 33 percent.

He says many of the island resorts are foreign owned so he wants the owners and staff to know that their corporate tax will be 33 percent.

The Attorney General says Gavoka has said that he was going to get WAF and other industries to pay water resource tax so WAF’s tax will be funded by the government as the government funds WAF.

He says the Opposition have a formula but they fail tell what it is.