Elections Office facilitates 3 name change requests and 7 have been forwarded to the Births, Deaths and Marriages Registry

Elections Office facilitates 3 name change requests and 7 have been forwarded to the Births, Deaths and Marriages Registry 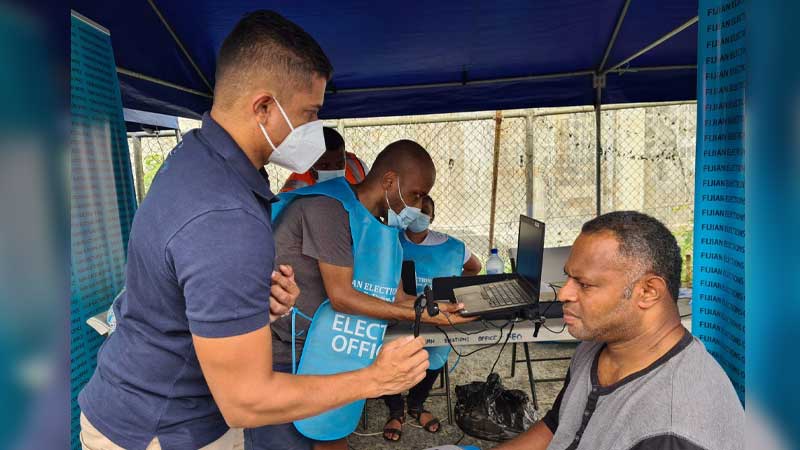 The Fijian Elections Office has so far facilitated 3 name change requests and 7 more have been forwarded to the Births, Deaths and Marriages Registry for processing.

Supervisor of Elections, Mohammed Saneem says as at 4pm Saturday, they have recorded a total of 33,665 engagements in their voter registration drive.

He says the registration drive started on 4th October 2021 and it has seen 6,139 new registrations for the 2022 General Election.

Saneem says when they started on 4 October, they had 5 teams in the Suva Voter Service Centre but they increased the number of venues to 14 to cater for the high turnout.

He adds that on 14th October the Nakasi Centre recorded 1,456 customers and by then they had already prepared the Centre to receive high density of customers.

The Supervisor of Elections further says the Office also provides direct home visit services to voters that cannot visit their centres due to a disability, age or illness.

Saneem says so far, they have received 134 requests for the Central Division, 29 for the Western Division and 5 in the Northern Division.

The voter registration drive will resume on Tuesday.

The green VoterCard has expired and you must upgrade your VoterCard to the blue coloured VoterCard.

Saneem has also confirmed that they are looking at opening up offices in Korovou as well, so that they can facilitate registration for those who visit Korovou Town.

Announcements on this will be made later.