29 deaths from leptospirosis this year

29 deaths from leptospirosis this year 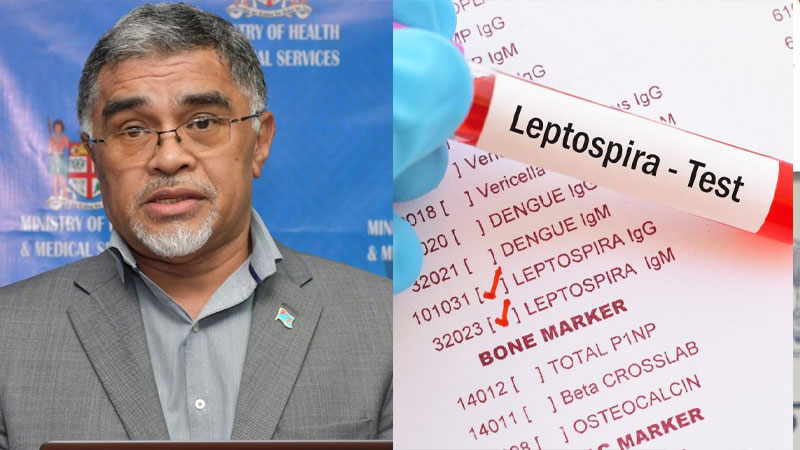 The Health Ministry is stressing that early treatment can decrease the severity and duration of leptospirosis.

There have been 29 deaths from leptospirosis this year with 1,394 lab-confirmed cases.

Permanent Secretary for Health Doctor James Fong says the reports from the recent FEMAT outbreak response visits to the Navosa Subdivision and the Ra Subdivision have shown that when patients are seen early and the appropriate treatment is provided, the patients were able to be treated successfully at home and not require admissions into the hospital.

He adds the number of people with severe disease and deaths was all significantly reduced.

Doctor Fong says they encourage those who are sick at home to seek treatment early so they can recover quickly from their illness.

He stresses that you should go to a doctor or a health centre immediately if you develop fever, muscle pain, headache, red eyes, loss of appetite, nausea/vomiting, dizziness or feel weak.

Doctor Fong adds important prevention measures include wearing full covered footwear at all times when going outdoors, avoiding swimming in flooded waters, using clean fresh water to wash up after exposure to muddy water, and keeping all food and drinks covered and away from rats.

He further says the current wet weather around the country continues to promote the surge of leptospirosis, typhoid, and dengue fever.

Doctor Fong says although they have noted a decrease in leptospirosis hospital admissions, they are also aware of continued heavy rain in parts of the country, particularly the Western Division.

The leptospirosis bacteria is spread to humans through the urine of infected animals, such as cows, pigs, rats and dogs.

Minister for Economy, Aiyaz Sayed-Khaiyum says calling People’s Alliance “Paap” or “Paapi” is a play of words just like calling someone from... 56 minutes ago
LATEST NEWS