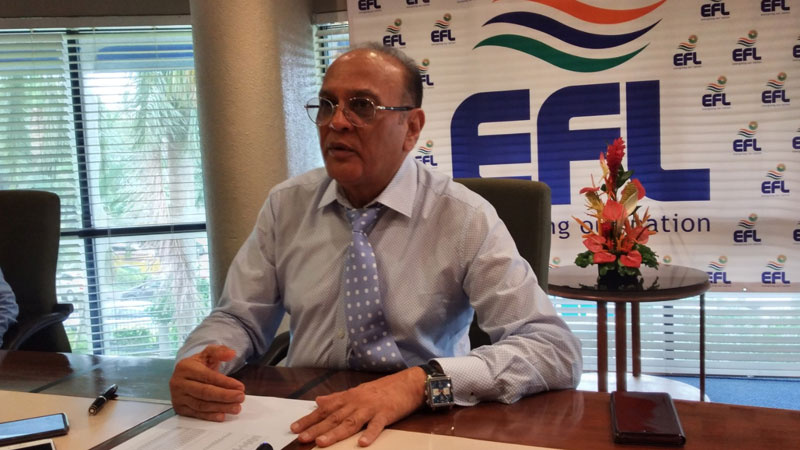 Most of the areas in Viti Levu and Vanua Levu are without power supply while EFL says a tentative plan will be released tomorrow on how supply will be restored in the TC Ana affected areas.

CEO, Hasmukh Patel says none of the areas in Rakiraki, Korovou, Nadarivatu, Navua and Labasa have power supply.

Lautoka and Nadi have 100% power supply.

Patel says they will first restore power to essential services such as the health centres and hospitals and water pumping stations.

They will then focus on commercial areas then the residential areas.

He says the restoration depends on which area people live in and how does the electricity get to their homes.

Some customers from Tacirua, Nakasi and Sigatoka contacted fijivillage and raised concern that their calls were not answered when they called EFL’s emergency line number 913 and 132333 yesterday.

When questioned by fijivillage that if there is there a problem in EFL's emergency lines, Patel says the line is working and it does not work when people do not use it for the right purpose and lines get clogged up.

When questioned on when supply will be restored in Nakasi as fijivillage received calls from people saying they are without power supply from Friday and their calls to the emergency line were not being answered. Patel says the question is ridiculous as a plan will be released tomorrow.

He says people need to understand that EFL teams finished fully restoring supply in Vanua Levu last Friday and they were deployed in the affected areas again yesterday.

Patel adds that over 300 EFL staff are on the ground and they will try to restore supply in the affected areas safely as soon as possible.