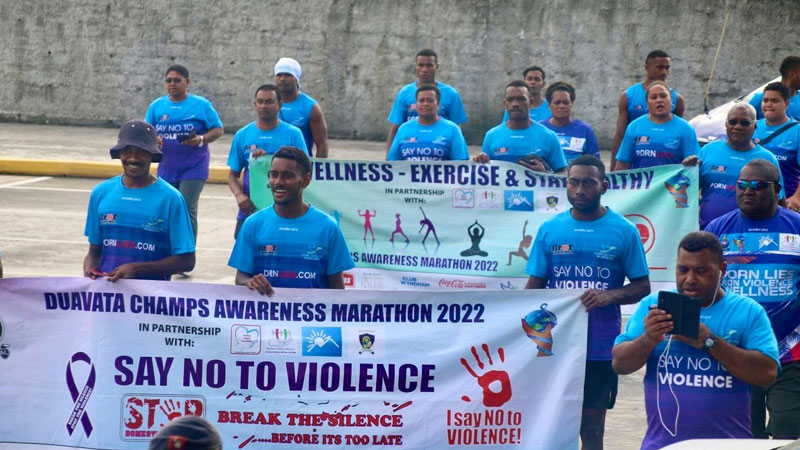 The Duavata Western Champs completed an ambitious 5-day marathon around Viti Levu to create awareness on anti-pornography and non-violence.

The Duavata West Champs is made up of teams from various stakeholders in Nadi including Ever Accountable Fiji, the Western Charity Alliance, Denarau Lions Rugby Club and the Axellerate Duavata Devo Babas Rugby team and supported by the Fiji Police Duavata Community Policing team.

The Group initially earmarked their Wellness, Non-Violence & Free Fiji from Pornography campaign in the Western Division but decided to expand their reach to impact more Fijians.

Western Charity Alliance Project Officer Selita Donu says they wanted to create an impact for the whole of Fiji to stand up for anti-pornography and to say no to violence against women and children and all forms of violence.

Donu says 90 percent of those involved in the campaign are men as they are the missing link in the show of standing up and breaking the silence and supporting the voices of women and children.

A member of Denarau Lions Oldies Rugby Club, Iliesa Fonolahi says he sought the support of his club members to create awareness and educate members of the public on the hidden and devastating effects of pornography.

Speaking on behalf of the Axellarate Devo Babas Rugby Club, Solomoni Bogidrau says their participation was to advocate the need for men to promote the protection of women and children as well as promote wellness. The Duavata Western Champs Group plans to hold a marathon in the Northern Division and in maritime islands to encourage men to support the voices of women and children facing any form of violence and promote wellness through the 5km run.