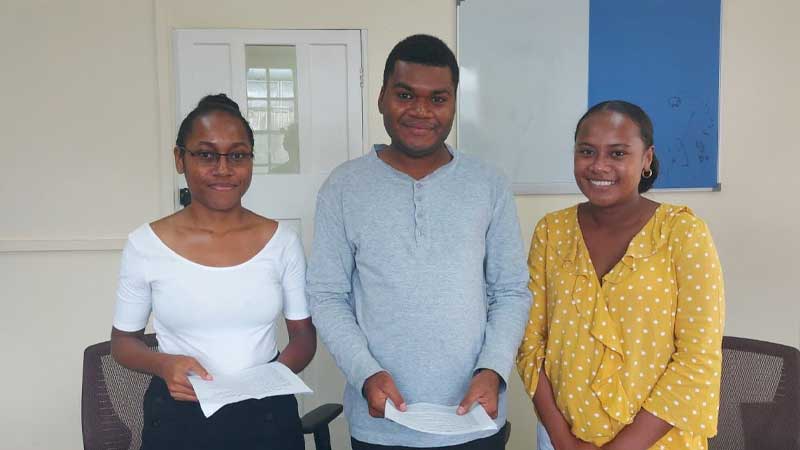 Members of Youth for Integrity Fiji.

Youth for Integrity Fiji says they appreciate the Fijian Government being sincere in its intention but the Draft Police Bill is presented during an extremely challenging period when the COVID 19 pandemic has disrupted our lives.

It says the Draft Police Bill should be delayed in its submission to Parliament until 2022 when the situation in Fiji has normalised as Fijians seem to be divided during this pandemic period.

In some of their recommendations on the amendment of few sections of the Draft Police Bill, they have proposed the provision of youth engagement and reassurance under the Functions of the Force.

It says a yearly round table conference should be held for youth leaders, the Police Commissioner and Senior Officers to problem-solve ways of strengthening law and order in Fiji.

This is because they feel there is always the possibility of a renegade Police Commissioner abusing his powers on his own will or through influence or direction from extra-legal sources.

It further recommends that subject to the presentation of a warrant, any police officer or authorised police employee may access and designate any cyberspace as a crime scene, whether used for private or public purposes, where such police officer has reasonable ground to believe that a crime has been committed.

Youth for Integrity Fiji adds all training programmes of the Police Force should be vetted for quality control and relevance by the Fiji Higher Education Commission or a duly constituted Police Training Board.

The youth group says they wonder if it is possible for political leaders from both the Government and the Opposition to meet over coffee or a bowl of kava to discuss and act on national issues.

It also says majority of the Police Force members carry out their duties with dedication and integrity but it is only a minority of the rogue elements in the force that give it a negative image.